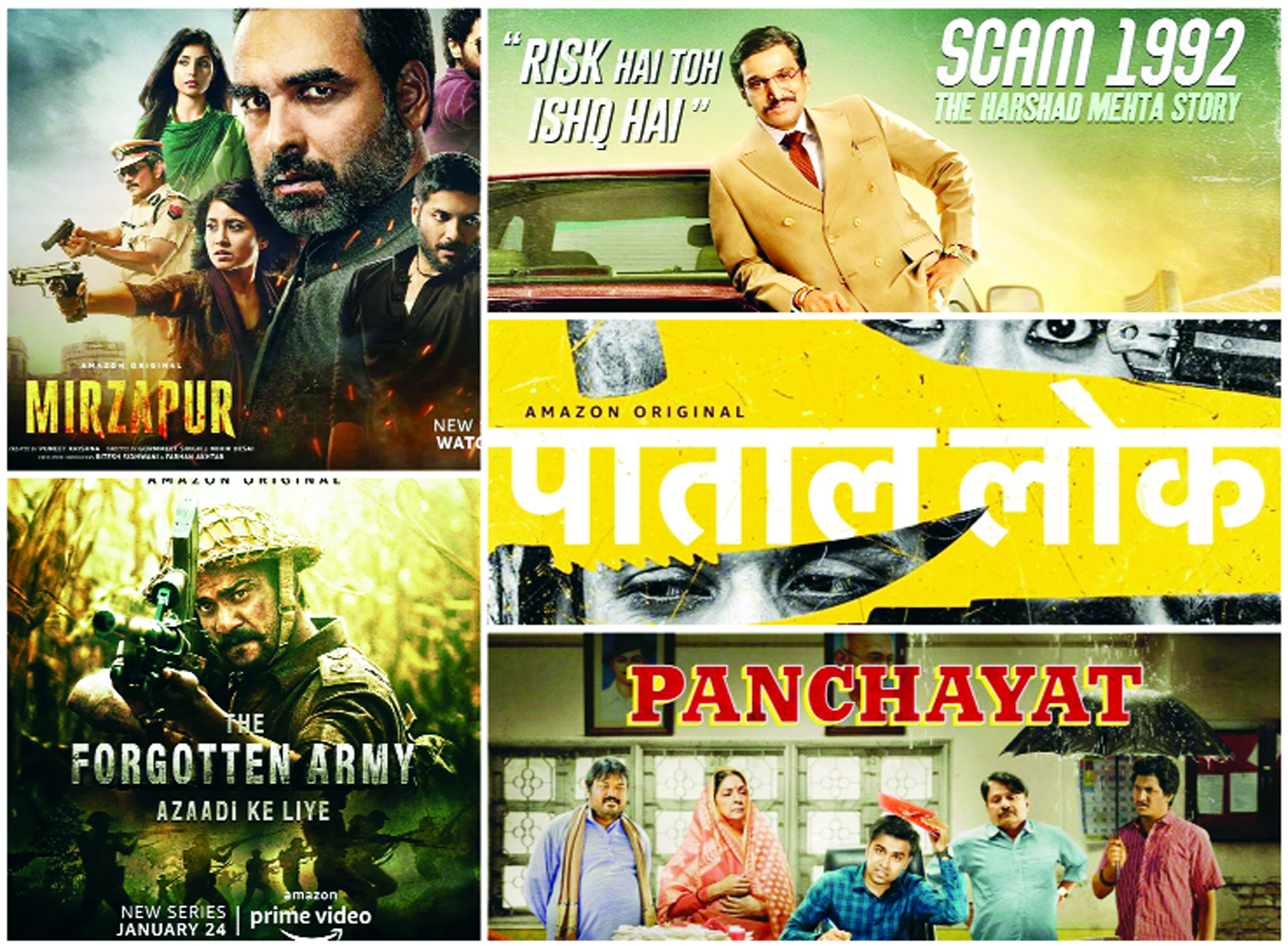 Papri Sri Raman
With home as the world, 2020 has been a bonanza for couch potatoes and others in India amidst a raging debate about large-screen or small. The year began with two exceptional films, big screen releases in last January and February, and exceptionally underplayed promotion-wise and review-wise, given the grapevine campaigns by patriarchal misogynists against them – that they were anti-men – Meghna Gulzar’s Chhapaak starring Deepika Padukone and Anubhav Sinha’s Thappad starring Taapsee Pannu.
The average women who are great family movie goers weren’t encouraged to see these two films but thanks to the Covid lockdown since March, these two films are among the most watched in 2020 on the OTT platform. The Chhapaak narrative is spinechilling, though the depiction of acid crimes is not extraordinary and the campaign to ban the sale of sulphuric acid is also kept low-key. Despite the campaign against it, that many thousands are getting to see the film throughout the year speaks for its importance. Anubhav Sinha’s angst notwithstanding, Thappad’s value has been realised on the OTT platform again, the lack of audience response on the large-screen telling us how devalued even the modern Indian housewife is.
A magnificent Science film, Tenet from Christopher Nolan is no doubt a big-screen film, its awe-inspiring zoom views all too tepid on the OTT platform. It released in the UK and USA in August and its regional language releases were seen first in Hyderabad’s big screens in early December. It is a spy thriller that moves back in time, inverted entropy is the word. Denzil Washington’s son, John David Washington is the protagonist, a CIA agent and the beautiful Dimple Kapadia plays an arms dealer Priya Singh who sells bullets that reverse in time. With sequences shot in Mumbai, Nolan told his fans in a video message, ‘We had an amazing time shooting in India. And it means so much to me that you will finally going to be able to see Tenet on the big screen.’ Its about experiencing real experiences, sitting on your chair – can only be done on big screen.
The OTT platform has brought several theatre actors and small-budget film actors under the spotlight in 2020. One unable-to-stop-watching kind of film has been Paatal Lok, produced by Anushka Sharma, written by Sudip Sharma and directed by Avinash Arun and Prosit Roy. At the inaugural Filmfare OTT Awards, it won in 5 catagories which included the awards for best series, best actor, best original story, best screenplay and best direction. Variety magazine listed Paatal Lok as one of the best international TV shows of 2020.
It’s a Jamna Paar story, the murky crime capital that stares Delhi in the face across the river. Loosely based on Tarun Tejpal’s 2010 novel The Story of My Assassins, the series shows how an attempted murder investigation lands a dreaded serial killer from the neighbouring hinterland in the lockup of an unequipped Inspector Hathi Ram Chaudhary. It made Jaideep Ahlawat, who plays the quintessential underpaid, overworked Delhi cop, famous.
Of course, Indian television viewers are used to these kind of stories, from 2003, when Crime Patrol began and is still continuing and the Savdhan India, from 2011, two of the longest shows on Indian TV. However, Ahlawat is able to bring out the human aspect of the policeman in convincingly lifelike manner, better than any other.
Compared to this, the Emmy award winning 2019 Indian crime drama written and directed by Richie Mehta, Delhi Crimein retrospect seems like a rosy picture of the Police; Chhaya Sharma (now director Central Vigilance Commission) portrayed by Shefali Shah appears rather constrained.
The second season of the action thriller Mirzapur with Pankaj Tripathi as Kaleen Bhaiya and Ali Fazal as Guddu, should have perhaps been called the adventures of Guddu Pandit.
Another stage actor, Prateek Gandhi has shot into fame with Scam 1992, The Harshad Mehta Story. For a scam story and a biopic, it was one of 2020’s most watched films.
Yet another outstanding biopic is Shakuntala Devi written and directed by Anu Menon, which not only brings mathematics to centrestage, it sheds sunshine on the real life of this fascinating women, as a troubled daughter, but a free-minded woman and mother.
A 2019 Malayalam film, Jallikattu is India’s entry for the Oscars 2021. It is a brilliant depiction of mob-mentality. Among the 27 films contesting to be selected as the Indian entry, there were no Bengali films. This makes me want to end with a review of the regional chart toppers 2020. Cheeni, a mother-daughter story is the best Bengali film this year. Love, a lockdown story of how couples in marital discord cope with a lockdown, is the Malayalam topper. At least Indian cinema has begun to deal with the lockdown.
The Telugu topper Palasa 1978, draws inspiration from true incidents and constructs the story of a caste feud set in Palasa, a town in Srikakulam district.
The Tamil film Andhaghaaram delves in delusion, psychology, a murder of a visually challenged young man and some paranormal occurrences. This is eminently watchable though. Oru Pakka Kathai begins with a Bhagavatham, and takes us through a story of an immaculate conception, which are a part of the subcontinental myths too. If you haven’t seen any of these, please do.
(IPA Service)