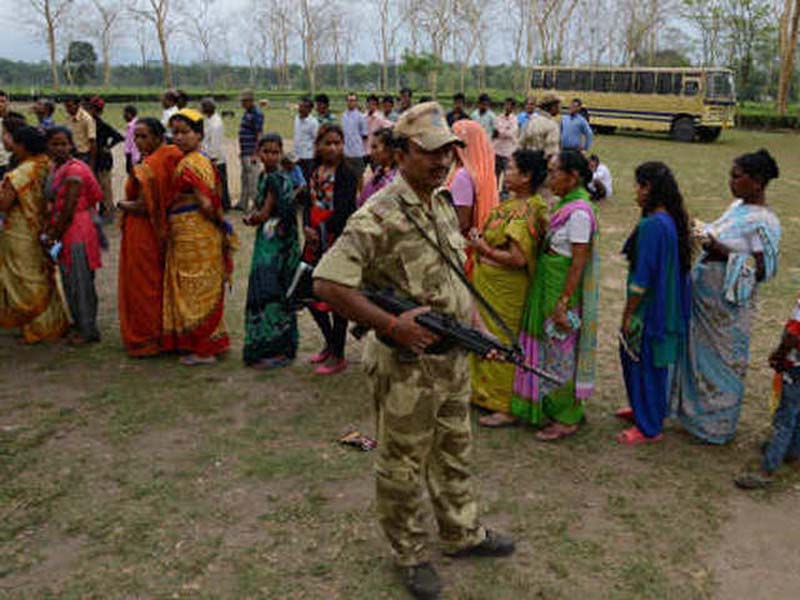 NEW DELHI, May 20:  As many as 20 lakh security personnel were deployed in the seven-phase Lok Sabha polls, rendering the exercise bigger than India’s well known ‘Operation Brasstacks’ in the 1980s, which was larger than any NATO exercise since World War-II, officials said today.
The ‘Operation Brasstacks’ was a major military exercise of the Indian Army in Rajasthan. It took place in 1986 until its execution in 1987.
The scale of the 2019 general election itself is massive and growing over time as between 1989 and 2019, the number of parties in the fray have increased over 20 times, the size of the electorate has increased by over 80 per cent, the number of polling stations has nearly doubled and the number of contesting candidates has increased by nearly 35 per cent.
“Effectively, nearly 20 lakh personnel of the police and Central paramilitary personnel were involved during the elections. The mobilisation of such a large scale is rare anywhere in the world. In fact, India’s best known Army exercise ‘Operation Brasstacks’ (1986-87), where nearly 6-8 lakh personnel were said to have been involved, itself was bigger than any NATO exercise since World War-II,” a Home Ministry official said.
The extent of mobilisation of the security forces has also been massive with nearly 25 per cent of the overall strength of central paramilitary forces being deployed for elections this year, indicating involvement of over three lakh paramilitary personnel. (PTI)