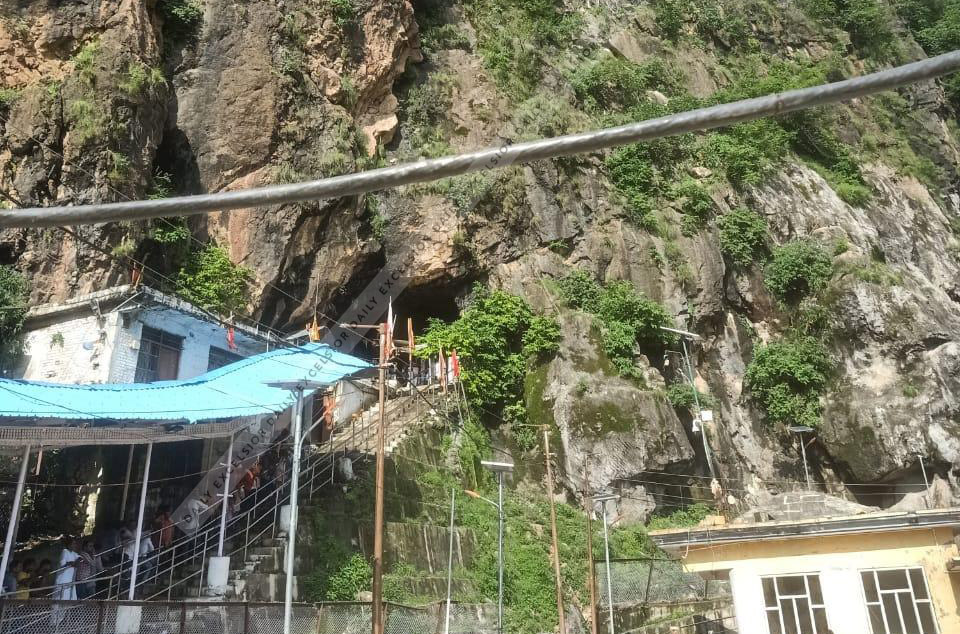 JAMMU, Aug 8: Two pilgrims were killed and another was injured Monday after being hit by a boulder from a hillock near the famous Shiv Khori shrine in Reasi district of Jammu and Kashmir, police said.
The pilgrims were standing in a queue enroute to the cave shrine when they came under the rolling boulder in the Ransoo area of Pouni block around 3 pm, a police official said.
He said two pilgrims – Sarwant Sahani (45) of Gorakhpur in Uttar Pradesh and Nirmal Singh (18) from Khawas village of J&K’s Rajouri district – were killed while Sahani’s younger brother Sahib Sahani (32) was injured and shifted to a hospital.
Shiv Khori, a famous shrine devoted to lord Shiva and situated in between the hillocks about 140 kms north of Jammu, is visited by lakhs of devotees from across the country round-the-year. (Agencies)