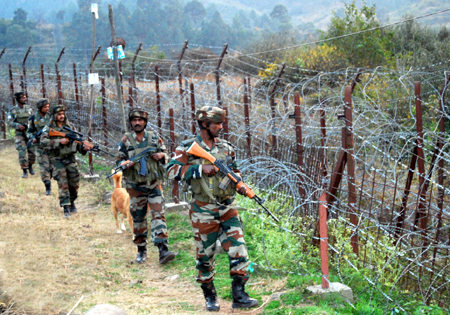 SRINAGAR: Two security force personnel were injured in an Improvised Explosive Device (IED) blast near the Line of Control (LoC) in north Kashmir district of Kupwara on Sunday.

Official sources said that two security force personnel were injured, when one of them stepped on an IED at Khanthawala area in LoC. ”The jawans received injuries on their legs,” they added.

They said the injured were immediately taken to a nearby hospital, from where they were referred to the Army’s 92 base hospital in Srinagar. (AGENCIES)