E-Paper
Home Latest News 2 PoK guests arrive; 9 Kashmiris cross over to other side of... 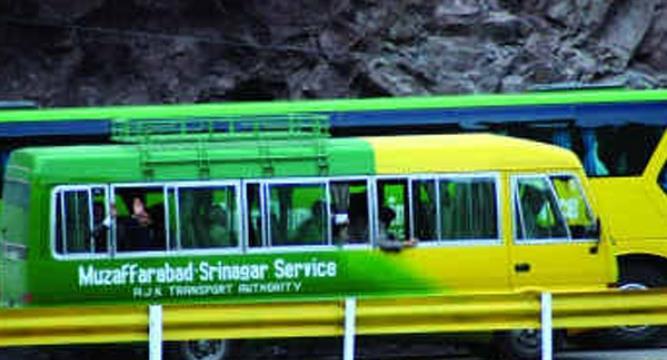 SRINAGAR: Despite tense situation following the killing of five Jaish-e-Mohammad (JeM) infiltrators by security forces in Uri sector this morning, two guests from Pakistan-occupied Kashmir (PoK) arrived here, while nine Kashmiris crossed over to the other side of the Line of Control (LoC) in the weekly Karvan-e-Aman bus, operating between Srinagar and Muzaffarabad.

As many as 36 returnees crossed sides at Kaman Post, the last Indian military post on the LoC in Uri sector, official sources told UNI on Monday afternoon. Five JeM infiltrators were killed by alert troops near the LoC at Uri sector in north Kashmir district of Baramulla on Monday.

They said only two residents of PoK arrived at Kaman Post, after crossing the Aman Setu, peace bridge. As many as 24 Kashmiris, who had gone to PoK in previous buses, also returned after completing their stay there. They included seven women and as many children.

They said nine Kashmiris, including five women, crossed to the other side of LoC in the weekly bus, adding  ”12 PoK residents, who had arrived in previous buses, returned to their homes after completing their stay here.” (AGENCIES)