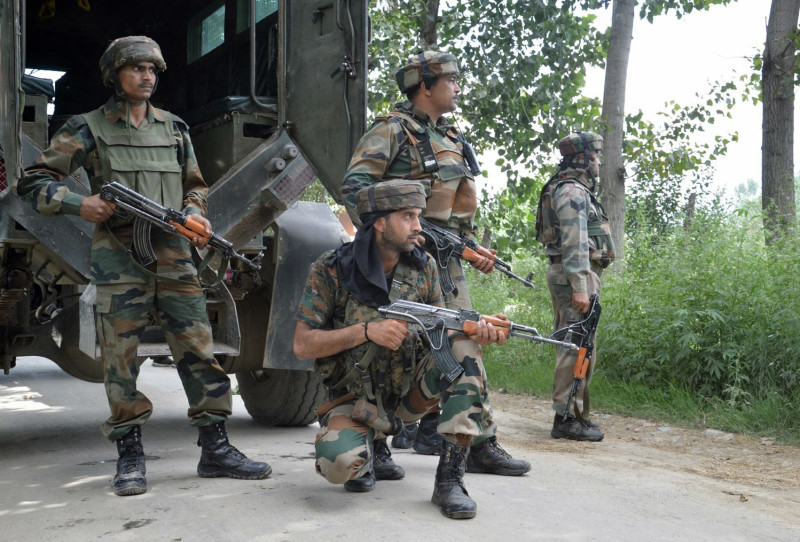 Excelsior Correspondent
Srinagar, Dec 12: Two militants were trapped in a Sopore village of North Kashmir’s Baramulla district where gun battle raged this evening.
A gunfight broke out in Gund Brath village of Sopore in North Kashmir’s Baramulla district this evening after a joint team of the Army’s 22 RR, SOG and CRPF launched a cordon and search operation following information about presence of two militants of LeT.
As the troops approached the house where the militants were hiding, they fired upon security forces triggering a gunfight. Two militants are believed to be trapped.
The intermittent firing was going on but stopped at night. The security forces have put the operation on hold and will be resumed in the morning. They have, however, tightened the cordon so that the militants may not flee the area.
Meanwhile, mobile internet service has been snapped in the area.