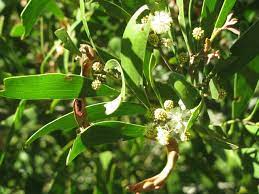 Kolkata, Dec 21: This Christmas, two luxury hotels in the city will focus on portraying Bengal’s ethnic art and craft using shola, patachitra art and ethnic handloom towels before its guests and visitors.
ITC Sonar has installed a shola Christmas tree instead of traditional pine or fir, is a unique amalgamation of traditional hand-crafted shola in a contemporary design.
While ITC Royal hotel embraced the Bengal style of patachitra art Christmas tree. Hand-painted by local artist Soumyadeep Roy, this tree is a visualization of the traditional nativity scene, depicting the birth of Jesus, an official of the hotel said.
“ITC Royal Bengal & ITC Sonar presents the ‘Art of Celebration’ paying an ode to the cultural heritage of Bengal. At ITC Hotels, our WelcomArt initiative celebrates indigenous art, providing a platform to local artists. As per tradition our hand crafted Christmas Trees imbibe modernity, while rejoicing in the cultural heritage of the region,” ITC Hotels & Cluster General Manager, ITC Royal Bengal & ITC Sonar, Tejinder Singh said.
Apart from the shola Christmas tree, Snowflake ‘alpona’ adorns the floor as a golden snowflake forms the star atop the tree. Adding to the regional flavour of the region, traditionally woven ‘gamchas’ (handloom towels) wrap and decorate the festive gift boxes beside the tree.
The unassuming herbaceous Shola plant grows wild in the marshy water logged areas. Beneath its hard outer bark it has an inner core that is soft and milky-white. This spongy, malleable and lustrous Shola is intricately crafted into delicate figures, artefacts and ornaments.
Traditionally used to adorn and embellish, the Shola headgear of a bridal couple is a mandatory element in a Bengali marriage.
“This is in keeping with our ethos of responsible luxury, part of our initiative to help sustain the intrinsic flavour of the region”, Singh said. (PTI)