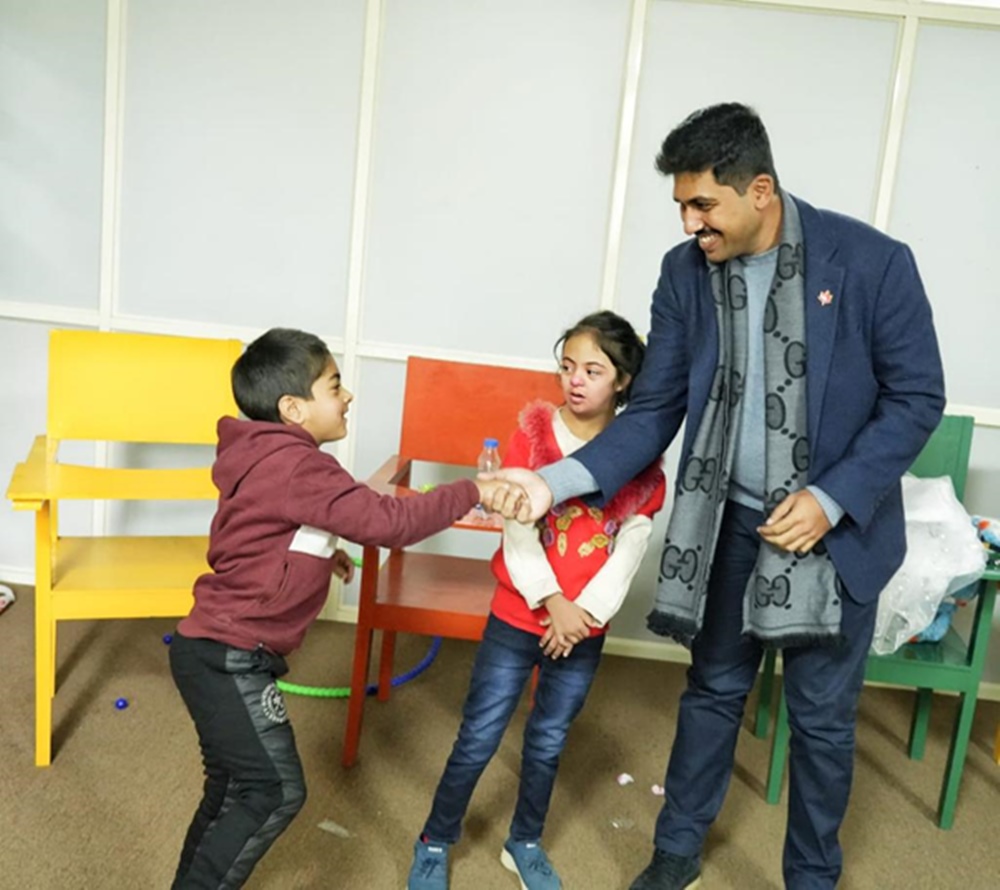 “Kashmir has played an important role in the history of India’s rich culture.”- Punit Balan.

First Annual Day function was celebrated at ‘Dagger Parivaar School’ Baramulla on 01 November 2022. The school is designed for specially abled children of Baramulla with current strength of 66 children with different medical conditions. The Guests of honour Mrs. Janhavi Dhariwal Balan and Mr. Punit Balan came all the way from Pune to motivate the Little Angels. Students performed on various activities like group dance, group song, solo dance etc. The captivating energy and enthusiasm were praised by the parents and civil officials.

The association of Indian Army and Indrani Balan Foundation for the noble initiative in the valley was well appreciated by all spectators. Mrs. Janhavi Dhariwal Balan and Mr. Punit Balan were ecstatic with the functioning of school and annual report of first year given by Mrs. Sabia Farooq, Principal Dagger Parivaar School. The teachers were also felicitated for their hard work and dedication for the students and school. Major General Ajay Chandpuria, VSM, GOC 19 Infantry Division on the occasion interacted with parents of the children and inveterate Indian Army’s support for the development of local population.

In the event, Indrani Balan Foundation President Mr. Punit Balan quoted, “Our country has a diverse culture of music, art and history of Kashmir’s culture plays an important role in it. We are happy to see how these angels showcased complete rich culture of country today in their acts”.

The event was supported and encouraged by the different administrative offices of Baramulla to include Deputy Collectorate, Govt Medical College, Baramulla and Education Department, Baramulla. The event was deeply praised by all the parents of children attending the school and further strengthened people’s faith on Indian Army’s resolve to support the local population in every manner.