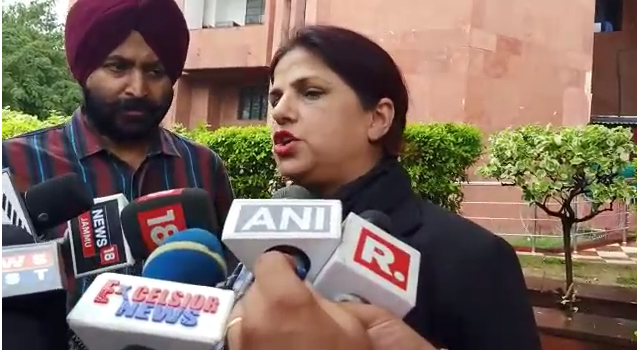 Jammu, Sept 21: The TADA court on Wednesday ordered a production warrant for chief of banned J-K Liberation Front Yasin Malik to Tihar jail in connection with the 1989 Rubaiya Sayeed kidnapping case in which he is an accused, according to CBI lawyer Monika Kohli.
“Yasin Malik will be called for cross-examination on October 20. The court has ordered production warrants to Tihar jail for Yasin Malik. He’ll be physically present for the hearing, as per his demands,” said Kohli.
Earlier, Malik had asked the court to allow him to appear physically at the August 23 hearing, however, the court had said that all accused were appearing through video conferencing as per the High Court order, so physical appearance is not possible for him.
Kohli further said that Rubaiya Sayeed’s (PDP chief Mehbooba Mufti’s sister) cross-examination was done in the court today.
“Rubaiya Sayeed (PDP chief Mehbooba Mufti’s sister) was presented today at TADA court, Jammu. Her cross-examination was done, along with the rest of the accused. Only Yasin Malik’s cross-examination was left,” she said.
Rubaiya Sayeed, the daughter of former Jammu and Kashmir Chief Minister Mufti Mohammad Sayeed, was abducted by Jammu Kashmir Liberation Front (JKLF) militants on December 8, 1989.
Yasin Malik, who is serving life imprisonment in Tihar Jail in a terror funding case, is an accused in this case along with others.
Notably, the National Investigation Agency (NIA) court in May this year awarded life imprisonment to separatist leader Yasin Malik in a terror funding case.
The NIA court while sentencing Malik to life imprisonment also imposed a fine of Rs 10 lakh.
He was sentenced to life imprisonment twice. NIA had sought the death penalty for the separatist leader who was convicted on May 19.
Malik had told the court that he was not contesting the charges levelled against him. (Agencies)