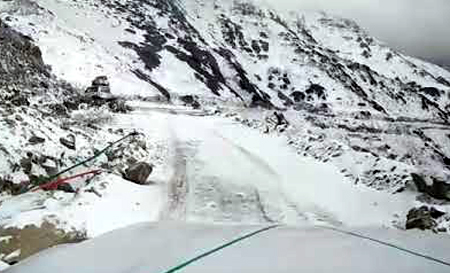 JAMMU: Eighteen people stranded on a stretch between Anantnag and Kishtwar districts of Jammu and Kashmir due to unseasonal snowfall were rescued by the police in a swift operation, an official said today.

The police launched the operation after receiving information that six vehicles coming from Anantnag got stranded due to the inclement weather yesterday, the official said.

“Due to the fresh snowfall and incessant rains, six vehicles carrying 18 people, including women and children, got stuck on the second road curve on the Kishtwar side of the road,” he said.

The official said the police got the track cleared and rescued all the 18 people. (AGENCIES)