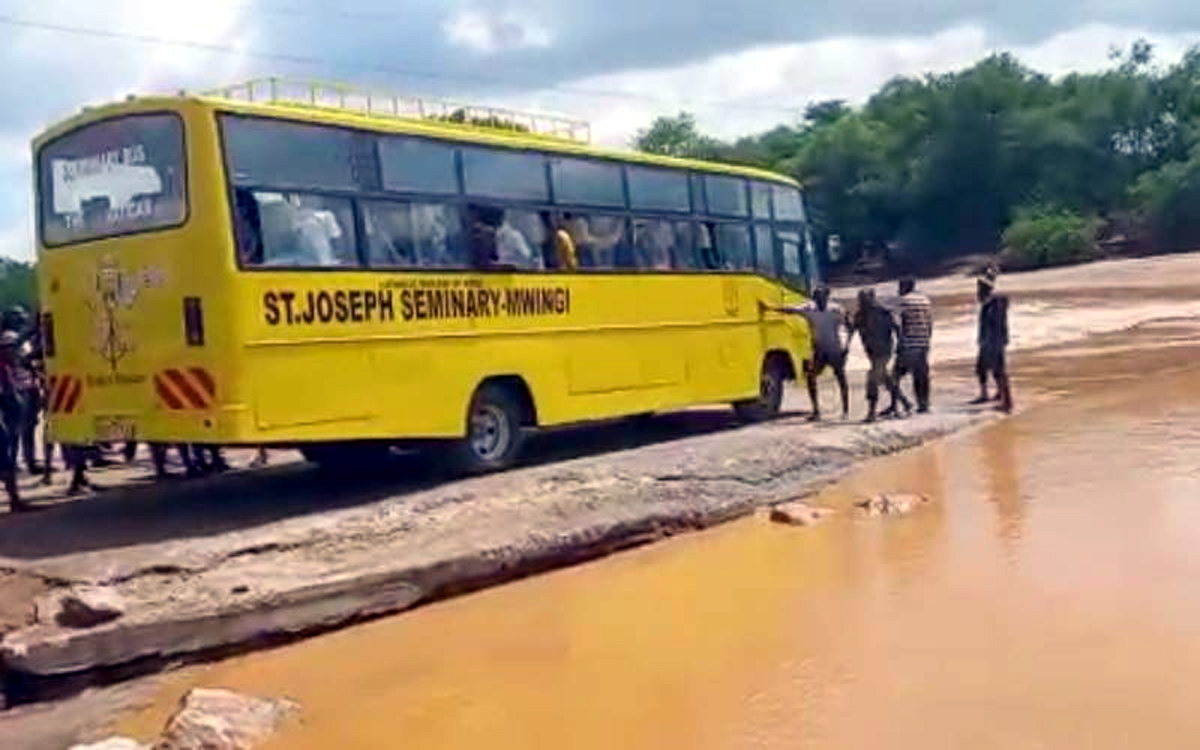 NAIROBI, Dec 4: At least 18 commuters died on Saturday after a bus ferrying choir members plunged into a river in Kitui County, eastern Kenya, the police said.
Mwingi East Sub-County Police Commander Joseph Yakan said 10 passengers have been rescued after a bus which had at least 30 people on board when the accident occurred at 11 a.m. plunged into the river.
The victims were choir members of Mwingi Catholic Church, and were travelling to Nuu area from Mwingi Town for their male colleague’s wedding, when the accident happened.
Yakan said the driver of the bus attempted to steer the vehicle past a flooded bridge, but the water tides were too strong, sweeping the bus into the river.
“Some were rescued but we have 18 bodies now. We have launched an investigation to establish the cause of the incident,” he said on the phone.
Yakan said the bus is currently absorbed in the mud adding that rescue efforts are underway. (UNI)