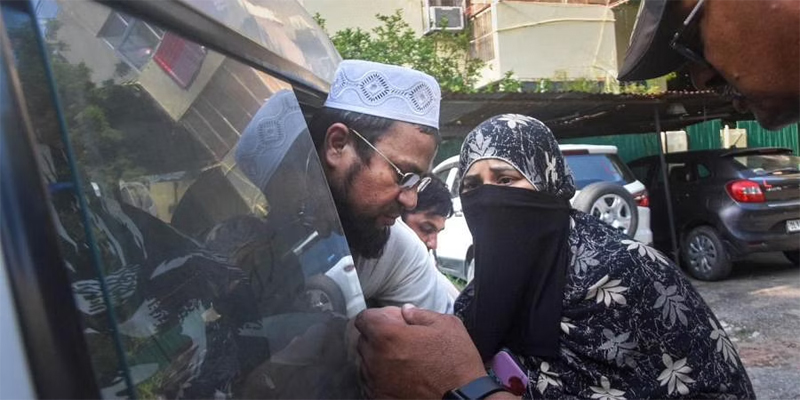 NEW DELHI, Sept 27:
More than 170 people allegedly linked with the Popular Front of India (PFI) were detained or arrested in raids across seven States today, five days after a similar pan India crackdown against the group often accused of being linked to radical Islam.
Conducted mostly by state police teams, the raids were spread across Uttar Pradesh, Karnataka, Gujarat, Delhi, Maharashtra, Assam and Madhya Pradesh.
On September 22, multi-agency teams spearheaded by the National Investigation Agency (NIA) arrested 106 leaders and activists of the PFI in 15 States for allegedly supporting terror activities in the country. The NIA is investigating 19 cases involving the PFI.
As police teams fanned out across their respective States today, seemingly synchronised, the action was swift. While 25 people each were arrested in Assam and Maharashtra, 57 were detained in Uttar Pradesh, officials said. The count of those detained in Delhi was 30, Madhya Pradesh was at 21 followed by 10 in Gujarat and six in Pune in Maharashtra. Besides, several people were also arrested in Karnataka.
In Uttar Pradesh, the raids across 26 districts were jointly carried out by the Anti Terrorist Squad, Special Task Force and the local police simultaneously. Documents and evidence were collected, Additional Director General (Law and Order) Prashant Kumar said.
Further action will be taken based on the evidence collected, Kumar said while adding that 57 people were taken into custody.
There was no immediate reaction from the PFI, which was formed in 2006 and claims to strive for a neo-social movement ostensibly for the empowerment of marginalised sections of India. It is, however, often accused by law enforcement agencies of promoting radical Islam. The organisation was formed in Kerala and is headquartered in Delhi. (PTI)