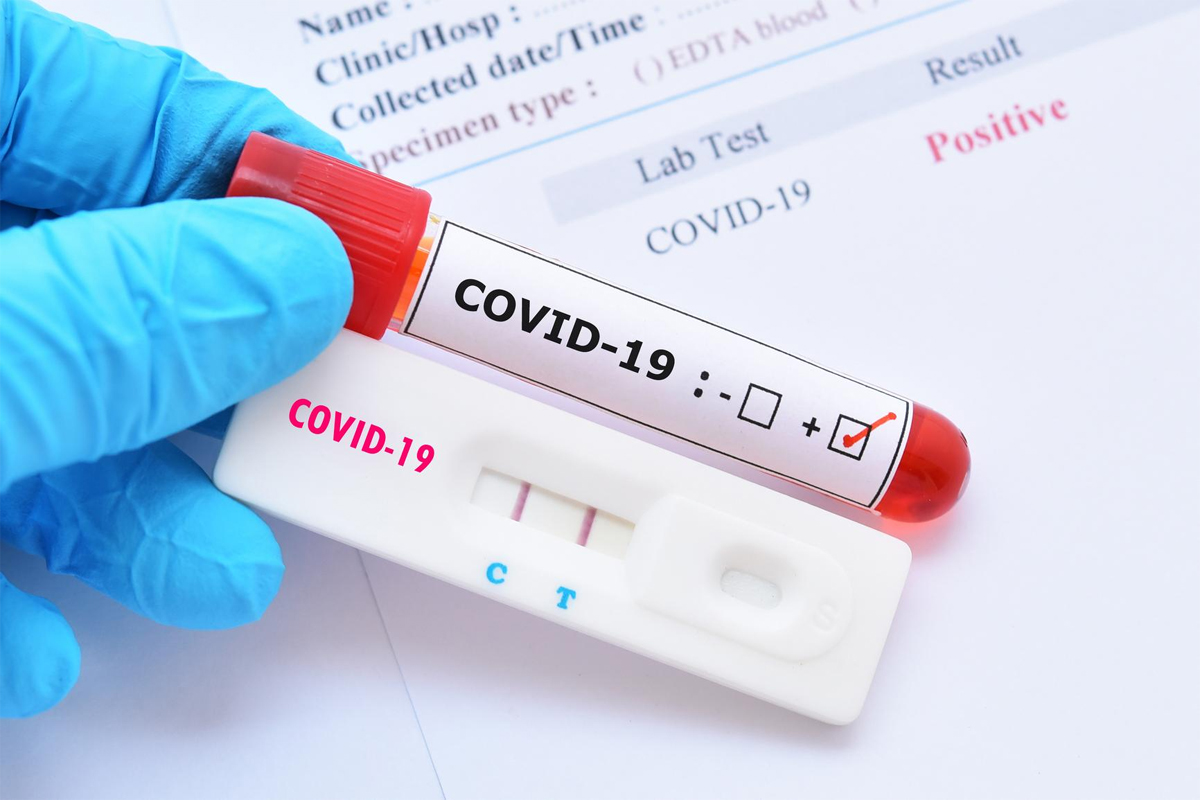 16-year-old girl among 5 die in Jammu

JAMMU/SRINAGAR/ LEH, Jan 27: Fifteen persons died of COVID-19 and 10,565 tested positive during last two days in Jammu and Kashmir while the Union Territory of Ladakh recorded 397 positives during the same period.
Five casualties were reported from Jammu and 10 from Kashmir. One person died of virus in Kargil district of Ladakh.
Jammu region reported four casualties including a 16-year-old girl and 1353 cases on January 26 and one fatality and 1394 positives today.
Most significant were 3371 daily recoveries today as against 1394 fresh cases bringing down number of active positive cases in Jammu region to 11591.
Eighteen persons tested positive for COVID-19 at a car Showroom on Narwal bypass road while four employees were found infected at Jammu and Kashmir Bank at Canal Road, three at Oversees Bank and four at 78 MED Regiment.
Today, an 85-year-old man died of co-morbidities and COVID-19 at Amandeep Hospital Pathankot. He was a resident of Hatli Morh in Kathua district and was fully vaccinated
Yesterday, a 16-year-old girl hailing from village Majhoor in Darhal area of Rajouri district died of Coronavirus at PGI Chandigarh while 65-year-old man, who was fully vaccinated, and a resident of Shiva in Doda district died of ailments and pathogen at Government Medical College (GMC) Doda.
A 65-year-old man, who was also fully vaccinated and a resident of Golad Mendhar in Poonch district succumbed to the virus at the GMC Rajouri.
An 80-year-old man from Bantalab in Jammu district died at Military Hospital Satwari. He was co-morbid and positive for Coronavirus.
Latest casualties have taken Corona toll in Jammu division to 2265 including 1194 in Jammu district, 245 Rajouri, 159 Kathua, 143 Udhampur, 140 Doda, 120 Samba, 105 Poonch, 69 Ramban and 45 each in Kishtwar and Reasi districts.
Among 1394 COVID positive cases reported today in Jammu division, Jammu district accounted for 703 followed by Kishtwar 165, Doda 162, Samba 110, Ramban 99, Rajouri 68, Udhampur 31, Poonch 25, Kathua 23 and Reasi 8.
Jammu region now has 1,52,300 Corona cases. Among them, 1,38,444 have recovered from the virus while there were 11591 active positive cases and 2265 fatalities.
Meanwhile, in the Union Territory of Ladakh, a 77-year-old man from village Chamba Mulbek in Shargole block of Kargil district died of COVID-19 taking Corona toll to 223 including 164 in Leh district and 59 in Kargil.
Ladakh reported 218 COVID positive cases yesterday and 179 today.
Out of 179 fresh cases,131 were recorded in Leh district and 48 in Kargil.
Ladakh now has 1308 active positive cases—990 in Leh and 318 in Kargil.
Corona count in Ladakh has gone up to 25215, Among them, 23684 have recovered from the virus.
Meanwhile, Six persons died of COVID-19 in Kashmir today while 3,565 tested positive for the viral infection and four persons died of COVID and 4,253 tested positive for viral infection on January 26.
Those who died today include 70, 85 and 75 year old patients – Abdul Ahad Tiploo, Syed Wani and Amina – respectively, all of them comorbid, from Srinagar and were undergoing treatment at SMHS hospital in Srinagar; 70-year old comorbid woman Azi Dar from Budgam who was undergoing treatment at SMHS hospital in Srinagar; 80-year old Swaroop Singh who was undergoing treatment at GMC Baramulla and was suffering from severe COVID pneumonia and 90-year old comorbid patient Ghulam Qadir Banday from Anantnag who was admitted at GMC Anantnag.
Those who died yesterday have been identified as a 65-year-old comorbid patient Ghulam Mohammad Kumar of Mattan Anantnag who was admitted to GMC Anantnag; 60-year old Sheikh Ghulam Rasool of Kangan Ganderbal who was also comorbid and was undergoing treatment at SKIMS; 55-year old Hafeeza Bano of Khanyar Srinagar who was comorbid and was undergoing treatment at Chest Diseases Hospital in Srinagar and 70-year old Mohan Kishan Mattoo of Watalbagh Ganderbal who was admitted at SKIMS with severe COVID pneumonia.
Those who tested positive today include 841 from Srinagar, 784 from Baramulla, 440 from Budgam, 135 from Pulwama, 529 from Kupwara, 299 from Anantnag, 130 from Bandipora, 87 from Ganderbal, 295 from Kulgam and 25 from Shopian.
Those who tested positive in Kashmir yesterday include 1,305 from Srinagar, 440 from Baramulla, 803 from Budgam, 134 from Pulwama, 380 from Kupwara, 528 from Anantnag, 66 from Bandipora, 297 from Ganderbal, 265 from Kulgam and 35 Shopian.
The number of cases in Kashmir division has reached 267,431 including 229,988 recoveries and 2,377 deaths.
The number of active cases in Jammu and Kashmir are 46,657 including 35,066 from Kashmir division.
With 6,264 more recoveries, the tally of total recoveries in Jammu and Kashmir has reached 368,432 which is 87.78 percent of the total cases.
Amid the spike in the cases in Srinagar, the district administration has declared 260 areas across the district as Micro Containment Zones.
However, the administration has directed the authorities that Micro Containment Zones shall be notified depending the number of cases and district control room shall conduct a daily evaluation.
According to an official document, a total of 662 areas have been declared Micro-Containment Zones till date while 401 have been de-notified completely.
A total of 260 areas are active Micro zones in Srinagar at present.