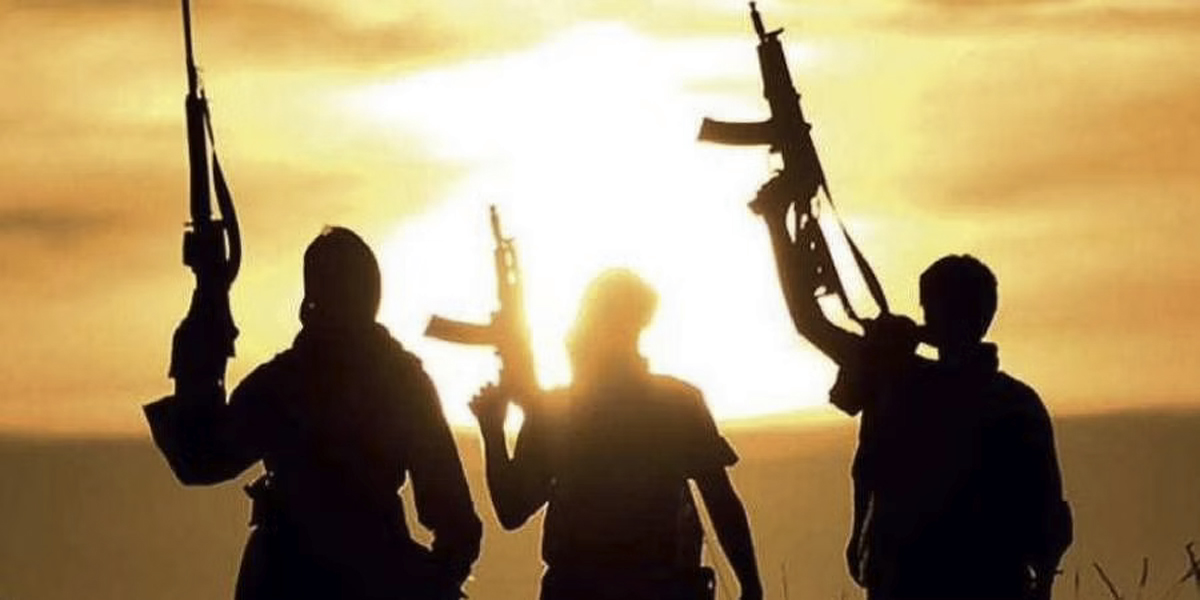 NEW DELHI, Oct 4:  A total of 10 members of Hizbul Mujahideen (HM), Lashkar-e-Toiba (LeT) and other proscribed outfits were today designated as terrorists by the Union Ministry of Home Affairs (MHA) under the Unlawful Activities (Prevention) Act (UAPA).
Those designated as terrorists include Habibullah Malik alias Sajid Jutt, a Pakistani national, Basit Ahmad Reshi, who hails from Jammu and Kashmir’s Baramulla but is currently based in Pakistan, Imtiyaz Ahmad Kandoo alias Sajad, who hails from Jammu and Kashmir’s Sopore but now lives in Pakistan, Zafar Iqbal alias Salim, who is from Poonch but presently residing in Pakistan, and Sheikh Jameel-ur-Rehman alias Sheikh Sahab, who hails from Pulwama.
The others are Bilal Ahmad Beigh alias Babar, who hails from Srinagar but is currently based in Pakistan, Rafiq Nai alias Sultan of Poonch, Irshad Ahmad alias Idrees from Doda, Bashir Ahmad Peer alias lmtiyaz of Kupwara and Showkat Ahmad Sheikh alias Showkat Mochi of Baramulla, currently based in Pakistan.
In separate notifications, the MHA said Habibullah Malik was the key handler of the terrorists who carried out an attack on Indian soldiers in Poonch and has been involved in air-dropping of arms and communication systems through drones in the Jammu region for terrorists based in Jammu and Kashmir.
Malik has also created a wide network of hardcore terrorists and was the mastermind behind multiple terrorist attacks in the Kashmir valley, including a “fidayeen” (suicide) attack against Army personnel at Srinagar’s Hyderpora in June 2013 and the killing of a station house officer in Budgam’s Chadoora in December 2013.
Malik has been associated with LeT and The Resistance Front (TRF).
Basit Ahmad Reshi is a member of HM and was involved in subversive activities and coordinating target killings in Jammu and Kashmir.
He planned and executed a terror attack on a police guard post at the Baba Ali Raina shrine in Sopore’s Tajjaur Sharief Peth Astan on August 18, 2015, in which a police personnel and a civilian were killed, the MHA said.
Owing to his strong network of associates in his native place, Reshi coordinates recruitment of terrorists and execution of terror attacks, the ministry said.
He has been involved in managing arms and ammunition and terror-financing from across the border and motivating youngsters to join terror ranks.
Imtiyaz Ahmad Kandoo is a Hizbul Mujahideen member and has been involved in managing finances for terrorists, supplying arms and ammunition to ultras and narcotics smuggling.
Kandoo coordinated attacks, in which many security forces personnel and civilians were killed.
He has been involved in radicalising and motivating youngsters to carry out terror activities in Kashmir.
Zafar Iqbal is the operational commander of Harkat-ul-Jihad-e-Islami or Jammu Kashmir Ghaznavi Force and has been involved in supervising narcotics and weapons smuggling and infiltration of terrorists into Jammu and Kashmir.
Sheikh Jameel-ur-Rehman is the chief or “amir” of Tehreek-ul-Mujahideen (TuM) and has been involved in coordinating the activities of LeT, Jaish-e-Mohammed (JeM), HM and other amalgamates at the top level.
He has been involved in smuggling Pakistan-made explosives and in the movement of terrorists from across the border to India.
Bilal Ahmad Beigh, the chief of Jammu and Kashmir Islamic Front (JKIF), is involved in the smuggling of arms and ammunition into Jammu and Kashmir. He has been maintaining close contacts with notorious underworld entities and using the channels to transfer funds from abroad to Kashmir.
Rafiq Nai is a launching commander of TuM and Jammu Kashmir Ghaznavi Force and has been involved in the supervision of narcotics and weapons smuggling and infiltration of terrorists into the Poonch-Rajouri sector.
Irshad Ahmad is a launching commander of HM and is involved in coordinating training and launching activities of the terrorist organisation.
Bashir Ahmad Peer is a launching commander of HM and is responsible for providing logistics to its members, especially for infiltration into Kupwara.
Showkat Ahmad Sheikh is operating as the chief launching commander of HM and has been instrumental in spreading terror in Jammu and Kashmir, the MHA said. (PTI)