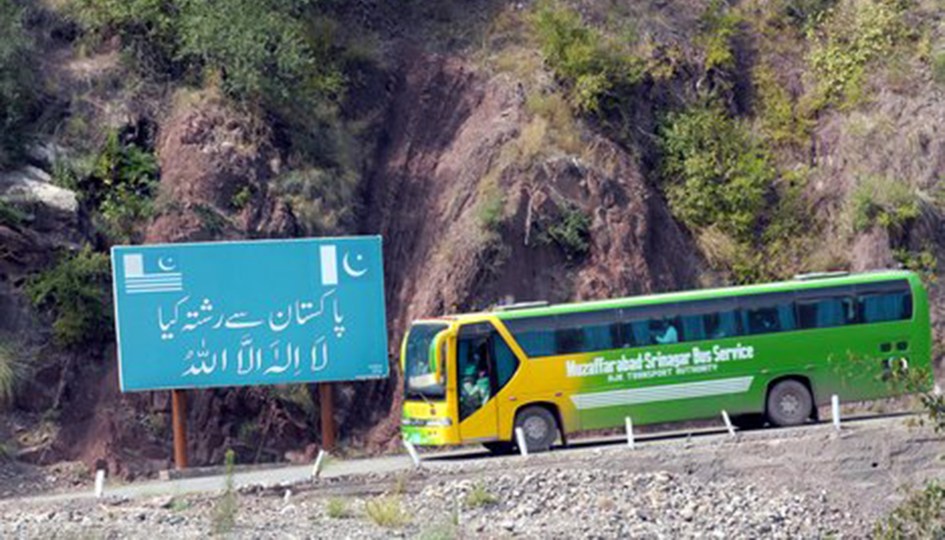 SRINAGAR:  Braving chilly weather conditions, one fresh guest from Pakistan-occupied-Kashmir (PoK) arrived here on Monday while one Kashmiri resident crossed over to the other side of the Line of Control (LoC) in the weekly Karvan-e-Aman bus, operating between Srinagar and Muzaffarabad.

They said one resident of PoK arrived at Kaman Post after crossing the Aman Setu, peace bridge, on foot to meet his relatives, separated in 1947 partition. Only one Kashmiri resident, who had gone to PoK by a previous bus, also returned here.

Only one Kashmiri crossed over to the other side of the LoC to meet their relatives while five PoK residents, who had arrived here in previous buses, returned home after completing their stay here, they added.

The number of visitors from PoK drops during the winter when temperature goes down in Kashmir. However, it  increases during the summer when weather becomes pleasant.

On the contrary, the number of Kashmiris visiting PoK increases during winter and goes down in summer.

The intercross-LoC bus service was one of the major Confidence Building Measures (CBM) taken by India and Pakistan, after both the countries agreed for a ceasefire on LoC and the International Border in Jammu and Kashmir, in 2003.

The peace bus service has been operating, despite repeated attempts by the militants to sneak into this side from PoK after the higher reaches close due to snowfall for winter months.

The bus has since helped thousands of divided families to meet each other. However, only state subjects from both the sides are eligible to travel in the bus, after their names are cleared by the intelligence agencies from both the sides. (AGENCIES)