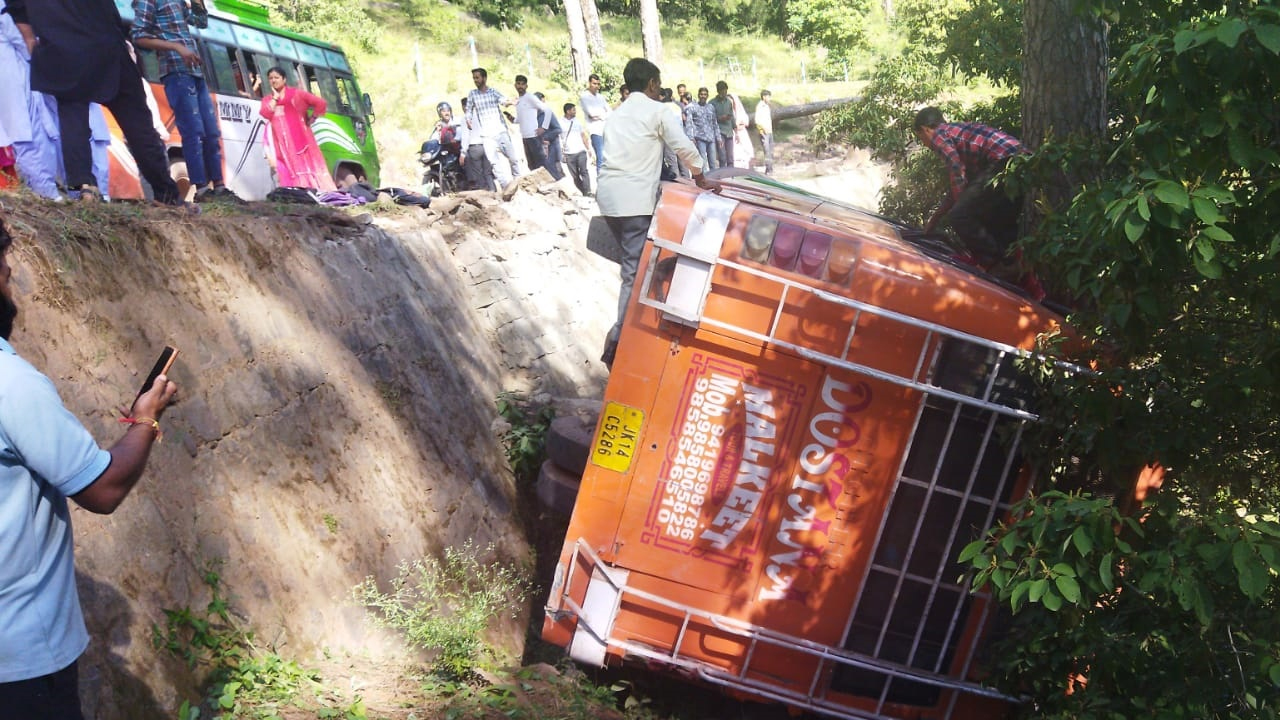 Udhampur/Jammu, Oct 3: A person was killed and 67 others were injured on Monday when an overloaded private bus overturned in Udhampur district of Jammu and Kashmir, officials said.
The bus was on its way from Moungri Khor Gali to Udhampur town. As the bus reached Krimachi-Mansar, its driver lost control while negotiating a blind curve, they said.
The vehicle overturned and rolled down 40 feet, killing a passenger and injuring 67, the officials said.
Most of the injured, which include students and office-goers, are stable, they said. (Agencies)