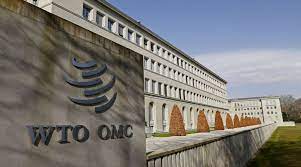 New Delhi, Oct 6: The growth in world trade is expected to slow down to one per cent in 2023, due to global uncertainties, according to a WTO forecast.
The World Trade Organization (WTO) has also projected a growth of 3.5 per cent in global trade this year, as against the April estimate of 3 per cent.
World trade is expected to lose momentum in the second half of 2022 and remain subdued in 2023, as multiple shocks weigh on the global economy, the multi-lateral body has said in a statement.
“WTO economists now predict global merchandise trade volumes will grow by 3.5 per cent in 2022 — slightly better than the 3 per cent forecast in April. For 2023, however, they foresee a 1 per cent increase — down sharply from the previous estimate of 3.4 per cent,” it said.
The forecast does not augur well for India as it is looking to increase its exports.
A decline in exports in sectors such as engineering, ready-made garments of all textiles and rice led to a contraction in the country’s overall outbound shipments by 3.52 per cent to USD 32.62 billion in September, while the trade deficit widened to USD 26.72 billion, according to the preliminary data released by the commerce ministry.
According to WTO, import demand is expected to soften as growth slows in major economies for different reasons.
In Europe, high energy prices stemming from the Russia-Ukraine war will squeeze household spending and raise manufacturing costs, it said.
It further added that in the United States, monetary policy tightening will hit interest-sensitive spending in areas such as housing, motor vehicles and fixed investment.
China continues to grapple with COVID-19 outbreaks and production disruptions paired with weak external demand.
Finally, growing import bills for fuels, food and fertilizers could lead to food insecurity and debt distress in developing countries, it said.
It added that if the current forecast is realized, trade growth will slow sharply but remain positive in 2023.
It should be noted that there is a high degree of uncertainty associated with the forecast due to shifting monetary policy in advanced economies and the unpredictable nature of the Russia-Ukraine war, the WTO said. (PTI)