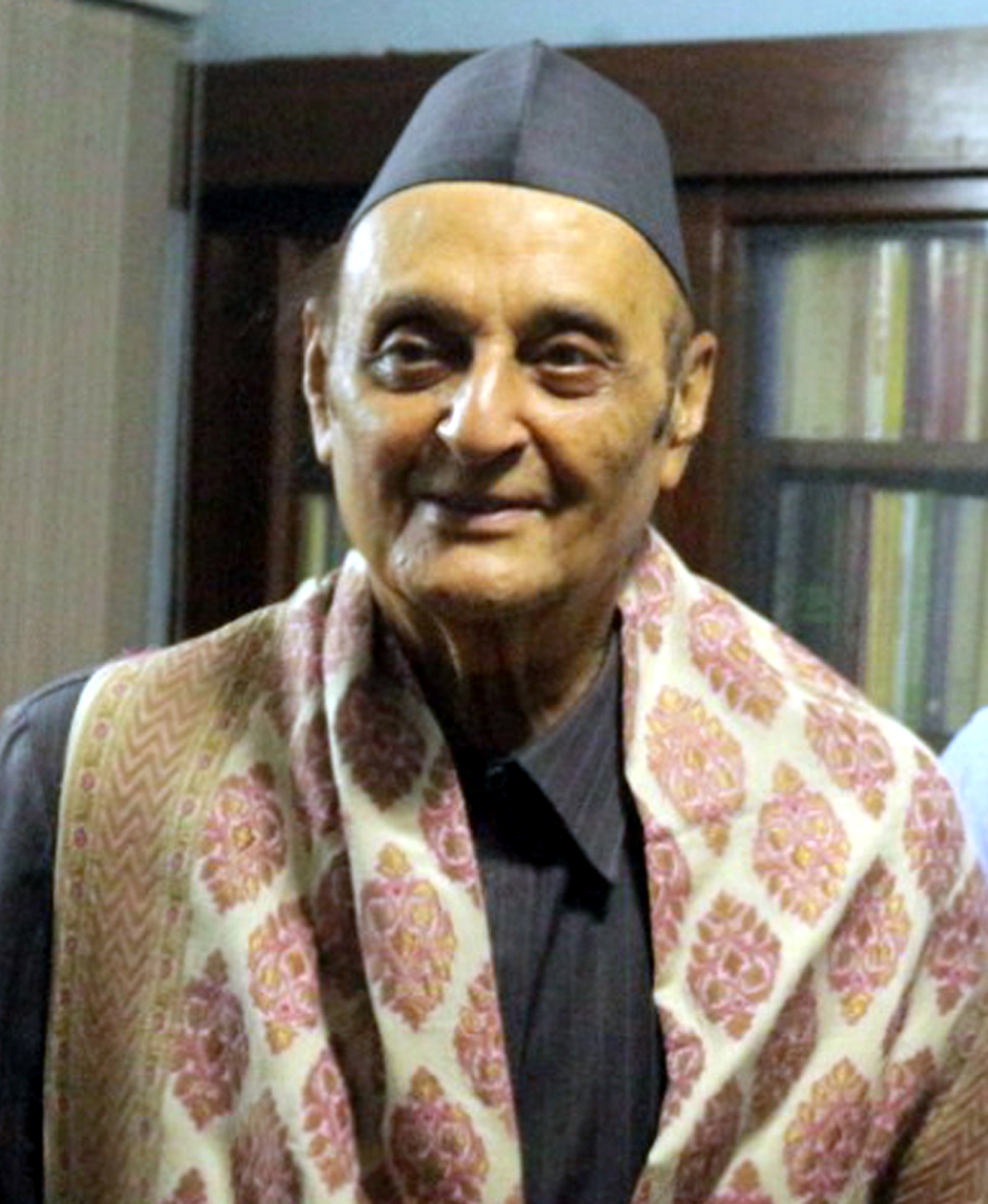 ‘Dogras only ethnic community without a State of their own’
Nishikant Khajuria
JAMMU, Sept 26: Former Sadar-e-Riyasat and scion of erstwhile Royal Dogra family, Dr Karan Singh has observed that after the re-organization of J&K State into a Union Territory, importance of Jammu was increasingly recognized even as Kashmir was perhaps still the main focus.
“Dogras never got their due share because they have no State like Tamils, Banglas, Kannadas etc that would further their interests. They (Dogras) are always seen as an attachment to Kashmir although they have distinct culture and identity,” he said while delivering 2nd Kunwar Voyogi Memorial Lecture on the topic “Role of Dogras in Indian History”, here today.
Describing Dogras as half the Union Territory and only ethnic community in India without the State of their own, Dr Karan Singh said that lack of political leadership was responsible for failure of the community to get its due share. He reminded that except Ghulan Nabi Azad, all Chief Ministers of J&K State in the last 70 years were from Kashmir.
At the same time, Dr Karan Singh, in a vein of slight criticism of own community, also pointed out that Dogras also tend to be very disunited. “They are so individualists that they don’t want anybody to emerge. We have never been able to get together even in past and present,” he said.
However, he observed, now with a Union Territory, there is an awareness about importance of Jammu. “Kashmir is still perhaps main focus but importance of Jammu is increasingly recognized,” he said.
Dr Karan Singh urged Dogras across the world to keep their identity, language alive and pointed out that social media in today’s age plays a very important role in setting the narrative right.

He was of the opinion that creation of Jammu and Kashmir State was a major achievement in modern history that required huge sacrifices by Dogras from Himachal to J&K. He expressed hope that the young minds in schools and colleges would soon be exposed to the valour and contributions of the Dogras. “I hope that the new textbooks now being included in the curriculum will acknowledge the role of Dogras towards consolidation of India. It should be presented in the correct light so that people can know about the important role the Dogra warriors played in the History of India,” he added.
Dr Singh further said that the Dogri language and culture are very permanent in nature and have been in existence since decades. “Be it Dogri literature that saw the rise of greats like Dinubhai Pant, or Ramnath Shastri, Kunwar Viyogi, Padma Sachdev or Dogra art from Basohli and Kangara, it is astonishing that how Dogri art has flourished even in countries like Spain, London and Paris. The land of Dogras have given birth to excellent music and musicians like Allah Rakha, Shiv Kumar Sharma and such talent is flourishing across the world, keeping Dogri alive in the minds and hearts of people,” said Dr Singh and hailed the inclusive, secular fabric of the Dogras.
The Memorial Lecture was a collaborative effort of the Department of English, University of Jammu and Kunwar Viyogi Memorial Trust. It is a part of 6th Annual Kunwar Viyogi Utsav, being held to celebrate the vibrancy of Dogri language, literature, culture through multiple endeavours moderated by CNN-IBN Senior Editor and KVM Trustee Ayushman Jamwal.
The event began with Ayushman Jamwal reciting a very famous couplet penned by Kunwar Viyogi, dedicated to the valour of Dogras and their love for the motherland.
Prof Manoj K Dhar, Vice Chancellor, JU, in his inaugural address, said that the university in collaboration with the Trust is setting up Kunwar Viyogi EdTech Hub for Excellence in Dogri under the aegis of Centre of Excellence in Dogri at the university. He stressed that a state of the art facility like this will encourage students to take up research work, apart from creating dictionaries, digital tools for language learning, developing audio visual material, undertaking comparative study of world and cross language literature apart from learning and enhancing their linguistic studies.
KVM Trust Chairman Goverdhan Singh Jamwal, in his closing remarks, said that the Trust will continue to promote Dogri through its multiple endevours.