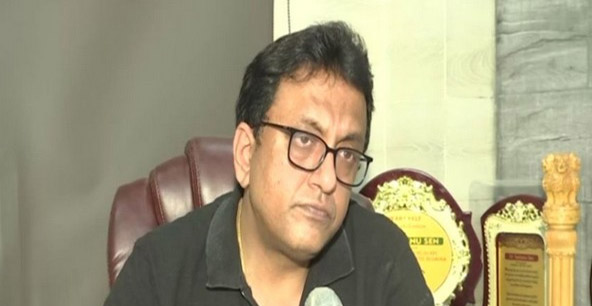 New Delhi, Jan 31: The World Health Organisation (WHO), on its website, has shown Jammu and Kashmir as part of Pakistan and China, Trinamool Congress MP Dr Santanu Sen said in his letter to Prime Minister Narendra Modi, urging him to take up steps to correct the mistake.
Sharing the pictures of the wrong map of India on the WHO dashboard, Sen tweeted, “WHO COVID http://19.int site shows map of India with a separate colour for Jammu & Kashmir & inside that there is another small portion of a separate colour. If they are clicked, Covid datas of Pakistan & China are coming.”
Dr Sen also questioned the central government for not noticing the “absolutely horrible” lapse.
“Why ministry of home affairs, external affairs and the ministry of health did not notice it and take any initiative to correct this step,” the MP wrote in his letter to the prime minister.
Sen also said that Arunachal Pradesh was “demarcated separately” from the map of India.
“I tried to locate the map once again and again I noticed Arunachal Pradesh was also demarcated separately,” Sen added in his letter.
The Rajya Sabha MP has urged the government to raise the issue with the WHO.
“People of India have the right to know why such a serious mistake has been overlooked on a website of such an organisation of international report like WHO,” he wrote.
“I request immediate steps should be taken to correct this mistake and tell the country how such a serious issue was overlooked for so long,” he added in the note.
Last year the government informed the Parliament that the issue of the wrong depiction of India’s map was “raised strongly with WHO including at the highest level,” following which the global health body put out a disclaimer on their portal. “The designations employed and the presentation of these materials do not imply the expression of any opinion whatsoever on the part of WHO concerning the legal status of any country, territory or area or of its authorities, or concerning the delimitation of its frontiers or boundaries. Dotted and dashed lines on maps represent approximate border lines for which there may not yet be full agreement,” the disclaimer said.
The government, however, had informed the Parliament that “India’s position on the right depiction of its boundaries has been unambiguously reiterated.” (Agencies)