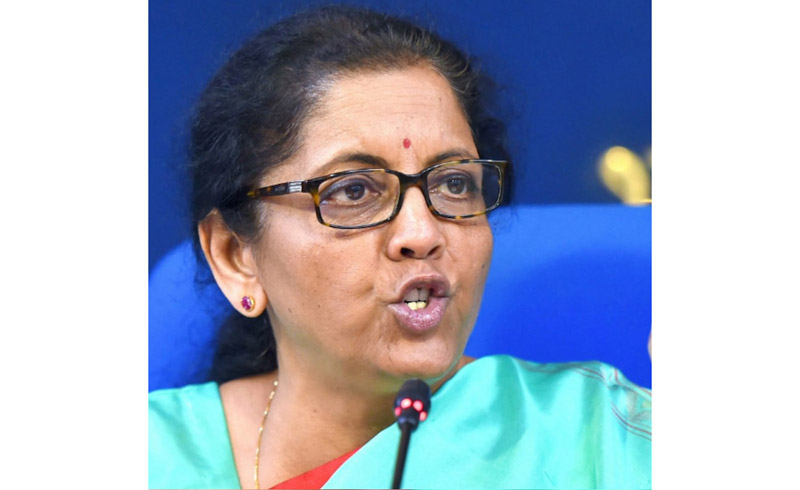 NEW DELHI, Dec 7: The Government has taken various measures to protect bona fide commercial decisions of banks to alleviate the fear of any unwarranted hardships to officials or senior executives taking key decisions, Finance Minister Nirmala Sitharaman said on Tuesday in the Rajya Sabha.
These include amendments to Prevention of Corruption Act (PC Act), 1988, requiring prior permission before initiating investigation against a public servant, setting up of Advisory Board for Banking and Financial Frauds (ABBFF) for first level of examination of suspected frauds of banks and financial institutions in excess of Rs 50 crore, finalisation of Consolidated Staff Account-ability Framework etc, she said.
The government, in consultation with Central Vigilance Commission, has recently finalised a consolidated Staff Accountability Framework for non-performing assets (NPAs) accounts up to Rs 50 crore, other than fraud cases, she said.
Public Sector Banks (PSBs) have been advised to suitably revise their respective Staff Accountability Policy and other relevant policies, as required, within this framework with approval of their respective boards, she said.
“The Staff Accountability Framework is aimed at protecting bona fide decisions taken by the bank officers/workmen while ensuring accountability for wrong doing or inaction. It is meant to identify and punish only those bank officers/workmen who are prima facie responsible for the lapses of non-compliance with laid down systems and procedures or misconduct and/or non-adherence to the ‘due-diligence’ norms,” she said.
This framework would come into force for accounts classified as NPAs with effect from April 1, 2022.
Replying to another question, the Finance Minister said, a total number of 1,25,575 loans have been sanctioned under Stand Up India (SUI) Scheme by Scheduled Commercial Banks across the country till November 30, 2021.
During 2020-21, Rs 939.86 crore was sanctioned to 13,092 beneficiaries of SUI Scheme, she said.
The objective of the SUI Scheme is to promote entrepreneurship among the Scheduled Caste/ Scheduled Tribe and women by facilitating bank loans amounting between Rs 10 lakh and Rs 1 crore to at least one SC/ST borrower and one woman borrower per bank branch of Scheduled Commercial Banks for setting up greenfield projects, she said.
To make the scheme more attractive, the Government has announced reduction of the margin money requirement from up to 25 per cent to up to 15 per cent and for including activities allied to agriculture under the Scheme. (PTI)