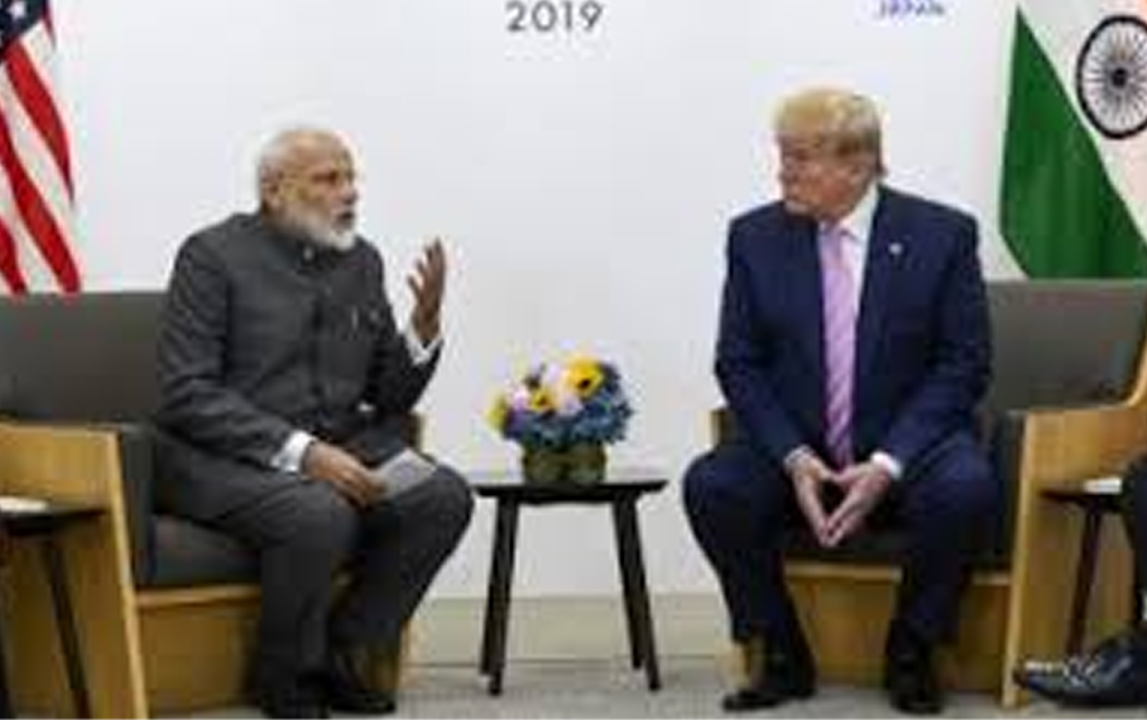 WASHINGTON, Aug 21:The US supports a direct dialogue between India and Pakistan on Kashmir, a senior American diplomat has said, insisting that at this point it is all the more important that Islamabad demonstrate its resolve to stop cross-border terrorism.

Welcoming Prime Minister Imran Khan’s stated commitment that Pakistan will prevent militant groups from operating on its territory, the official said the US continues to encourage “sustained, verifiable and irreversible measures on this front, like prosecuting and convicting members of terrorist groups and their leadership.

“It’s all the more important that Pakistan demonstrate its resolve to halt cross-border terrorism,” said a senior State Department official who requested anonymity.

“Obviously, we saw that the 1989 playbook was a failure for the people of Kashmir as well as for Pakistan,” the official said, indicating that the US does not want the recent development in Kashmir to be used as a pretext for cross-border terrorism in Kashmir.

In 1989, an armed resistance in Kashmir erupted, with some militant groups, supported by Pakistan, called for independence from India and some for union with Pakistan.

A group of senior US officials led by Acting Assistant Secretary of State for South and Central Asia Alice Wells recently visited Pakistan. During the visit, the US delegation had detailed discussion with the government of Pakistan on Financial Action Task Force, the international body that is focuses on anti-money laundering and countering terrorist financing.

According to the US diplomat, President Donald Trump in his calls with Prime Minister Narendra Modi and his Pakistani counterpart Khan on Monday emphasised the need to work towards reducing tension in Kashmir.

“We are obviously watching the situation closely. We continue to call for calm and restrain…We note the broader implication of the developments in Jammu and Kashmir, including the potential for increased instability in the region,” said the senior State Department official.

The official reiterated that the US continues to be very concerned by reports of detentions and the continued restrictions on the residents of the region.

The US urges respect for individual rights, compliance with legal procedures and an inclusive dialogue with those affected, the official said.

The US, the senior official said, takes note of Modi’s statement that in due course the region will return to a normal political status.

“We call an all parties to maintain peace and stability along the line of control, to take firm and resolute steps to combat cross border terrorism. We continue to support direct dialogue between India and Pakistan on Kashmir and other issues of concern,” said the American diplomat.

Referring to Trump’s call with Modi and Khan, the official said the president emphasised “the need to work towards reducing tensions” in Kashmir.

Trump on Tuesday said he would discuss the tense situation in Kashmir with Modi when they meet at the G7 Summit in France during this weekend.

Trump said that there are “tremendous problems” between the two countries and offered to do the best, including mediate or anything.

“I will do the best I can to mediate or do something. (I have) great relationship with both of them, but they (India and Pakistan) are not exactly friends at this moment,” Trump said.

Tensions between India and Pakistan spiked this month after New Delhi abrogated provisions of Article 370 of the Constitution to withdraw Jammu and Kashmir’s special status and bifurcated it into two Union Territories.

New Delhi has made it clear to the US that Kashmir was a bilateral issue between India and Pakistan and there was no role for a third party.

Meanwhile, Chairman of the powerful House Armed Services Committee, Congressman Adam Smith spoke over phone with the Indian Ambassador to the US, Harsh Vardhan Shringla, to express his concerns over the human rights situation in Jammu and Kashmir.

“This policy decision exacerbates an already tense environment in the region. I encourage both India and Pakistan to keep lines of communication open to prevent the further deterioration of the situation, and exercise restraint instead of engaging in rhetoric and actions that inspire extremist ideology,” Smith said.

“I am continuing to monitor the situation regarding the government of India’s decision to revoke the special status of Jammu and Kashmir. There are legitimate concerns about the ongoing communications blackouts, increased militarisation of the region, and enforcement of curfews, he said. (PTI)