No meeting convened during past over one and half year

Mohinder Verma
JAMMU, Sept 15: Two Boards constituted several years back to ensure holistic development of major shrines of Shiv Khori , Mata Sukrala and Mata Bala Sundri in Reasi and Kathua districts have failed to come up to the expectations of people as fate of almost all the major projects aimed at providing better facilities to the pilgrims is hanging in balance.
Moreover, both the Boards have failed to meet during the past over one and half year because of absolute non-seriousness on the part of their head and other official members as a result of which even minor issues have remained unresolved.
Official sources told EXCELSIOR that although Shri Shiv Khori Shrine Board, which was constituted in 2003, has created infrastructure up to certain extent to ensure hassle free pilgrimage but there is no headway on all the major projects which were planned several years back and given much hype by the respective political dispensations in the State.
These projects are aerial ropeway from the base camp to an identified area near the cave shrine, approach road to the helipad and setting up of sewage treatment plant for the shrine area.
“These projects were discussed in 9th and 10th meetings of Shiv Khori Shrine Board held in the months of September and December 2016 and certain directions were passed by the then Divisional Commissioner Jammu in his capacity as Chairman of the Board but there is absolutely no development except little progress in construction of approach road to helipad”, sources informed.
They further said, “the intensity of non-serious approach towards much-talked about aerial ropeway project can be gauged from the fact that even the take off point has not been decided till date”, adding “similarly nobody knows when the STP will become reality”.
Shockingly, the Board has not met since December 2016 as a result of which even follow-up action on certain decisions like introduction of e-rickshaws could not be ascertained. “The Board is also required to be reconstituted by announcing new non-official members as the term of earlier members had expired long time back”, sources informed.
When contacted, an officer associated with the activities of the Shrine Board said, “as far as aerial ropeway is concerned Jammu and Kashmir Cable Car Corporation has to take final decision on the site for take-off point”, adding “work on approach road to helipad is going on to meet the pre-condition of aviation companies for start of chopper service but no time-frame can be specified for the completion of the work”.
The Board for Mata Sukrala and Mata Bala Sundri Shrines in Billawar area of Kathua district, which was constituted on the persistent demand of the people in April 2013, has also failed to meet the objectives behind its establishment despite lapse of over five years.
“The functioning of this Board is worse than that of Shri Shiv Khori Shrine Board as it has failed to bring even noticeable improvement in the facilities at these shrines because of the litigations on different issues including the rights of the Baridars pending in different courts of law during the past several years”, sources said while disclosing that because of the litigations even the funds in the shape of offerings received in these shrines from the pilgrims are not put to use for the developmental activities.
They further said that this Shrine Board has contributed nothing tangibly in respect of providing facilities to the pilgrims in commensurate to their number, which otherwise is increasing with every passing year.
“No step has so far been initiated to provide boarding and lodging facilities to the pilgrims and improve the environment near the shrines”, sources said while disclosing that this Board has also not met since July 2017.
When contacted, an officer associated with the Board said, “as long as litigations are pending no major development can take place in the area under the jurisdiction of Shrine Board and Government should ensure that litigations are brought to an end as early as possible”.
“Keeping in view the poor functioning of both the Boards, the Government should consider bringing these as well as Machail Mata Shrine under Shri Mata Vaishnodevi Shrine Board, which is managing the pilgrimage and providing all the facilities to the pilgrims in better way since past many decades”, sources stressed. 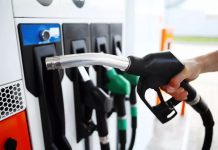 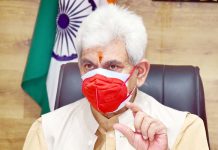 Corona curfew extended till May 17, cap on marriages reduced to 25 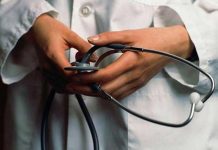