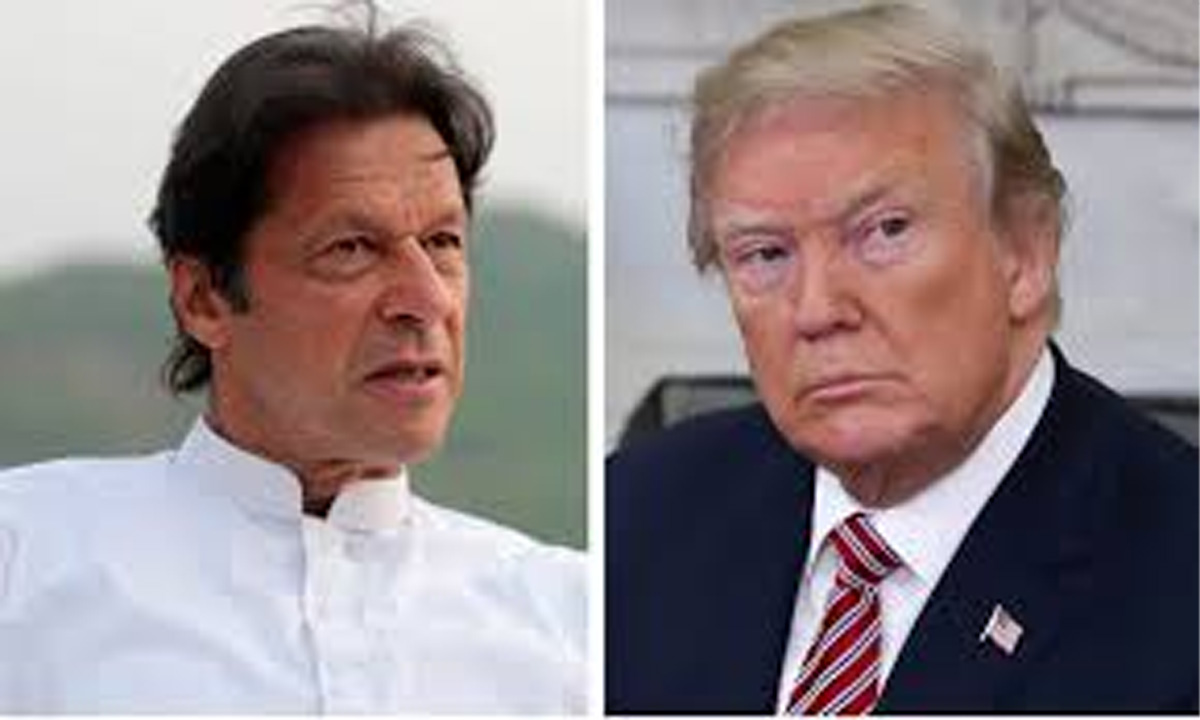 WASHINGTON, July 11: US President Donald Trump is set to meet Pakistan Prime Minister Imran Khan on July 22 to discuss counter terrorism among other issues.
”President Donald J. Trump will welcome Prime Minister Imran Khan of the Islamic Republic of Pakistan to the White House on July 22”, White house said in a statement late on Wednesday.
Terming that Pakistan has witnessed ‘far too much conflict’, the statement said that the visit will focus on strengthening cooperation between the United States and Pakistan to bring peace, stability, and economic prosperity in the region.
“President Trump and Prime Minister Khan will discuss a range of issues, including counter-terrorism, defence, energy, and trade, with the goal of creating the conditions for a peaceful South Asia and an enduring partnership between our two countries”, the statement further said.
It will be Khan’s first visit to the United States since he assumed office in August last year.
Earlier On Wednesday, Pakistan Foreign Office Spokesperson Dr Mohammad Faisal had issued a tweet to address questions about the certainty of the visit.
“We wish to caution against speculation about the prime minister’s visit. We are in close contact with the US side. As per practice, formal announcements are made at the appropriate time,” he had tweeted.
The FO spokesperson’s remark had come after a section of the media reported that the US State Department had expressed its ignorance of the visit, which had cast doubt over whether the meeting was actually happening.
Even Pakistan’s foreign office scrambled to explain why populist Khan’s potential hosts in Moscow and Washington were unaware of his upcoming trips to their countries.
Meanwhile Pakistan foreign office has also reiterated that Khan will visit US on the invitation of President Trump. ”The Prime Minister will outline his vision of ‘Naya Pakistan’ and underscore the importance Pakistan attaches to a broader and multi-faceted relationship with the United States.” Pak foreign office said in a statement.
Washington and Islamabad have been at odds over the US war in Afghanistan.
Last month, Pakistan rejected a report issued by the US State Department on International Religious Freedom, saying the segment on Pakistan is “a ompendium of unsubstantiated and biased assertions.”
The statement issued by Pak foreign office has also expressed Khan’s desire to have talks on Afghanistan.
“Prime Minister will underscore Pakistan’s commitment to peace and stability and the importance of constructive engagement to promote a political solution in Afghanistan”, the statement said.
(UNI)