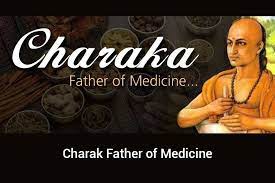 Dr Ankita Dahiya
The 5th day of Shukla Paksha of the holy month of Shravana is celebrated as Charaka Jayanti to commemorate the contribution of Acharaya Charaka in the field of medical science every year. This year Charaka Jayanti falls on 13th August. Acharya Charaka is remembered as ‘Father of Indian Medicine’. Science of Ayurveda and Ayurveda fraternity owe its existence, popularity and acceptance to Acharya Charaka. His contribution in the field of Ayurveda is unmatchable. People all over world regard Hippocrates (460-377 BC) as the father of Medicine but only a few know about the enormous contribution of Acharya Charaka in the field of medicine who lived in Indian subcontinent much prior to Hippocrates. Acharya Charaka is given highest respect because he authored one of the most ancient, authentic and popular medical treatises namely Charaka Samhita. Charaka Samhita is a complete encyclopedia of Ayurvedic knowledge. Ayurveda is just not a medical science but it is a complete guide to live a healthy and fruitful life.
Life and Legacy of Acharya Charaka

Although no exact timeline can be decided regarding birth of Acharya Charaka, there are many stories regarding his birth and life. In Vedic times, a branch of Krishna Yajurveda was also known as Charaka. As per the Chinese translation of Buddhist Text, ‘Samyukta Ratna Pithaka Sutra’, Charaka was a court physician of King Kanishka. Another meaning is implied from the word ‘Charaka’. The physicians who wandered from place to place offering medical service to the people were named as ‘Charaka’. This fact can be verified from the appearance of names of different places in Charaka Samhita where Acharya Charaka used to preach and practice Ayurveda.
In another Ayurvedic Compendium Bhavaprakasha, it is described that ‘Charaka’ is a sage, born as the incarnation of ‘Shesha Naga’ the serpent King and the servant of Lord Vishnu. That is the reason Charaka Jayanti is also celebrated as Naga Panchami in many parts of India.
After thoroughly analyzing historical evidences and cross references, timeline of Acharya Charaka stands between 7th and 2nd century B.C. The actual details pertaining to Acharya Charaka, name of his parents, place of birth etc. are not available. He is believed to be a native of Kashmir. References of Chanderbhaga river (Chinab river) in Charaka Samhita also points to the geographical connection of Acarya Charaka.
Acharya Charaka is rendered the highest reverence and tributes because he thoroughly refined the text ‘Agnivesha Tantra’ written by Sage Agnivesha. His hard work and dedication resulted in the shape of world-famous compendium of ‘Charaka Samhita’. His literary work and annotations were so spectacular that very soon his book gained popularity. The original text ‘Agnivesha Tantra’ now began to be known as ‘Charaka Samhita’ The popularity of Charaka Samhita continued to swell and attracted many scholars. Charaka Samhita was equally popular in medical as well as in non-medical circle. Original text of Charaka Samhita is written in Sanskrit. It has been translated in many international and national languages due to its popularity. Even in modern times it attracted notice of western scholars. A Club namely ‘Charaka Club’ was established in New York in 1898 by a group of four doctors to perpetuate the memory of Acharya Charaka.
Highlights of Charaka Samhita
It is difficult to enumerate all the contributions of Acharya Charaka in limited space as they are manifold. Some important contributions are described as under:
*Acharaya Charaka gave first hand explanation of the basic physiological and anatomical fundamentals and principles of human life viz. Tridosha (Vata-Pitta-Kapha), Pancha Mahabhuta (Akasha-Vayu-Agni-Jala-Prithvi), Agni, Sapta Dhatu (Rasa-Rakta-Mamsa-Meda-Asthi-Makjja-Shukra), Prakriti etc. Charaka was the first physician to explain the concepts of digestion, metabolism, immunity and reproduction.
* Causes, pathology and management of various diseases was described extensively by Acharya Charaka in Charaka Samhita. It remains a mystery for all in what type of laboratories and with what kind of equipment they were able to arrive on such precisely definite conclusions.
* Acharya Charaka propounded the threefold mechanism of body-mind-spirit and advocated that human life is based on the tripod of Sattva (mind), Atma (spirit)and Sharira (body). Hence he is the original contributor of the modern day Psychosomatic phenomena and mindfulness.
* Acharya Charaka is to be credited for getting rid of the blind beliefs and superstitions of olden days regarding occurrence of diseases and their treatment. He promulgated the Rational treatment approach (Yuktivyapashya Chikitsa) in the management of diseases.
*Acharya Charaka introduced the concept of Roga and Rogi Pariksha (Examination of disease and diseased). The fivefold diagnostic techniques (Nidana panchaka) described in Charaka Samhita are successfully practiced even today by Ayurveda practitioners.
* The increasingly popular concept of Psycho-somatic constitution i.e. Prakriti as a patient specific treatment approach was firstly explained by Acharya Charaka.
* The Medical science was classified into eight specialized branches by Acharya Charaka which shows his futuristic approach by suggesting the basic idea of super-specialty in Medicine.
* Charaka Samhita gave highest importance to increase longevity of human life. The name of the very first chapter of Charaka Samhita is ‘Dirghamjivitiyam Adhyaya’ meaning ‘Quest of longevity’. Polular methods of Rasayana (Rejuvenation therapies) and Vyadhikamatva (Immuno-boosting) are gifted by Acharya Charaka to mankind.
* The principle of ‘Nidana Parivarjana’ (avoiding causative factors of diseases) is mentioned in Charaka Chikitsa. The crux of this principle is preventive medicine. Even today, while dealing with Corona virus we depend more on prevention than cure.
* He gave great importance to food, food habits, method of eating, qualities of good food and characteristics of bad food. Detailed seasonal dietary and behavioral regimen (Ritucharya) is illustrated in Charaka Samhita.
* Properties and therapeutic actions of thousands of herbs and formulations are described in Charaka Samhita which are still being practiced by Ayurvedic Practitioners. Popular Ayurvedic formulations like Chyavanprasha, Chitrakadi vati, Kansa Haritaki, Sitopladi Churna, Talishadi vati, Navayasa churna, Pushyanug churna etc are the contributions of Acharya Charaka.
* Today we have experienced a catastrophic Pandemic. Over a millenia ago, Acharya Charaka had warned about such Pandemic and explained it’s causes, effects and do’s & don’ts in the Pandemic. He had coined the term ‘Janpadodhwansa’ for the Pandemic.
* Charaka Samhita is also referred by scholars of Indian philosophies as an authentic source of philosophical knowledge.
Onus is upon us Indians in general and Ayurvedic teachers, scholars, students and practitioners in particular to celebrate the life and legacy of Acharya Charaka and to spread the words of wisdom & knowledge of Acharya Charaka in the society.
(The author is working as Assistant Professor, GAMC, Jammu) 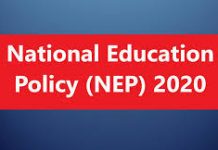 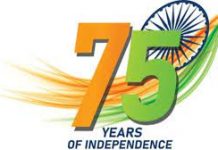 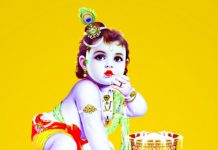 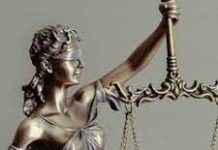