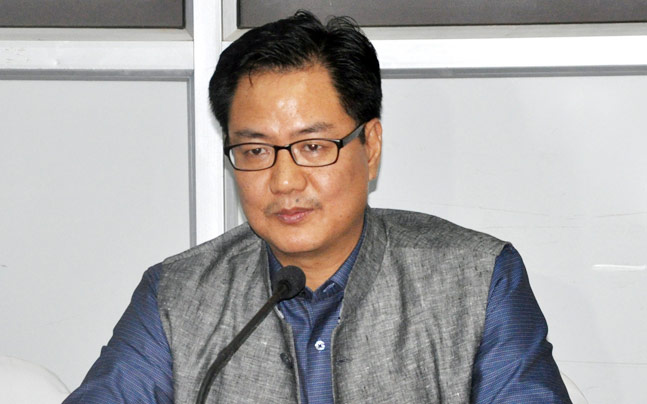 LEH: Union Minister Kiren Rijiju on Tuesday exuded confidence that the BJP will win the Ladakh parliamentary seat in Jammu and Kashmir as there is a strong wave in favour of the party in the region.

He said the people of Ladakh have “realised” that only a BJP-led Government can do justice to them as they were ignored by the successive Congress Governments at the Centre.

“There is a strong wave in favour of BJP in the Ladakh region. People are looking to see Narendra Modi again to be sworn-in as the Prime Minister of the country,” Rijiju said addressing poll rallies at Diskit in Nobra and Zanskar.

“The BJP will win the Ladakh seat with a huge margin,” he added. (AGENCIES)