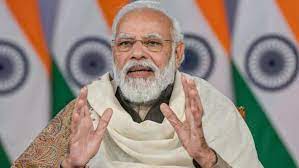 COLOMBO, Jan 19: Prominent Tamil legislators from Sri Lanka’s Northern province have written to Prime Minister Narendra Modi, seeking India’s intervention in ensuring a lasting political solution to the long-standing Tamil issue and the implementation of the contentious 13th Amendment.
The 13th Amendment was the result of the Indo-Lanka Accord of 1987, inked by the then Sri Lankan President JR Jayawardena and Indian Prime Minister Rajiv Gandhi.
It provides for devolution of power to the Tamil community in Sri Lanka. India has continually reaffirmed its commitment to protect the rights of Sri Lanka’s minority Tamil community through the full implementation of the 13th Amendment, early convening of Provincial Council elections and achieving reconciliation.
However, the ruling Sri Lanka People’s Party’s Sinhala majority hardliners have been advocating for a total abolition of the island’s Provincial Council system.
A delegation of MPs, led by senior Tamil politician and Tamil National Alliance (TNA) leader R. Sampanthan, met the Indian High Commissioner Gopal Baglay here on Tuesday, and handed over the letter.
The TNA was joined by two other feuding groups, which includes the former Chief Minister of the Tamil-dominated Northern Province CV Wigneswaran.
“There have been a lot of promises made on the Tamil national question from time to time. Ours is a request to implement them”, MA Sumanthiran, a TNA leader said.
The letter recalled numerous public commitments made by Indian and Sri Lankan leaders in the past to “build upon the 13 Amendment so as to achieve meaningful devolution”.
Prime Minister Modi has been urged to “ensure Tamil speaking people to live with dignity, self-respect, peace and security in the areas of their natural habitation exercising the right to self-determination within the framework of a united undivided country”.
“The government of India has actively engaged in this pursuit for the past 40 years and we are grateful for the firm commitment expressed by India to find a just and lasting solution”, the letter adds.
The move assumes considerable significance as it comes barely a week after New Delhi had announced a USD 900 million loan to Colombo to build up its depleted foreign reserves and for food imports amid a shortage of almost all essential commodities in Sri Lanka.
India on Tuesday announced a USD 500 million credit line to help Sri Lanka purchase petroleum products as the island nation struggles with a massive fuel and energy crisis.
Last week, Sri Lankan Finance Minister Basil Rajapaksa held talks with External Affairs Minister S Jaishankar during which the two ministers discussed projects and investment plans by India that would strengthen the economy of the island nation.
During the meeting, both ministers noted that the recent steps taken by Sri Lanka for jointly modernising Trincomalee Oil Tank Farms will boost confidence of investors, apart from enhancing Sri Lanka’s energy security, it added.
Earlier this month, Sri Lanka signed an agreement with India to jointly redevelop the strategic World War II-era oil tank farm in the island nation’s eastern port district of Trincomalee, in a new milestone in bilateral economic and energy partnership.
India’s extension of USD 400 million to Sri Lanka under the SAARC currency swap arrangement and deferral of A.C.U. Settlement of USD 515.2 million by two months, are key assistance in the current Sri Lankan foreign currency shortage situation, according to analysts. (PTI)