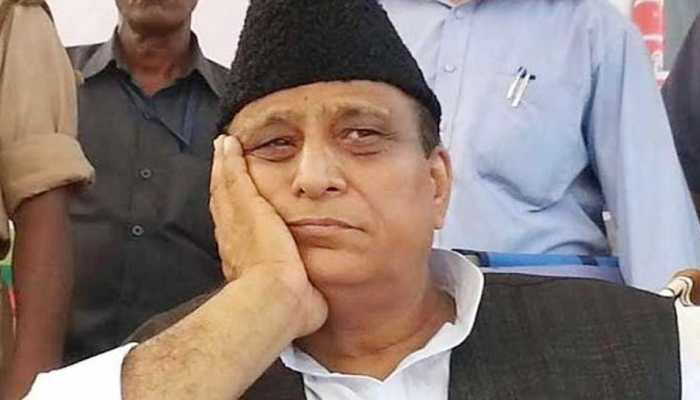 SITAPUR (UP), May 20: Senior Samajwadi Party leader Azam Khan walked out of the Sitapur Jail in Uttar Pradesh on Friday morning, a day after the Supreme Court granted him interim bail in a cheating case.
Khan’s son and MLA Abdullah Azam, Pragatisheel Samajwadi Party (Lohiya) leader Shivpal Singh Yadav and a large number of supporters welcomed the senior SP leader upon his release after 27 months.
Azam Khan had 88 cases, including that of land grabbing, registered against him. With the Supreme Court granting him interim bail in a cheating case, Khan is now on bail in all the cases he faces.
Samajwadi Party president Akhilesh Yadav welcomed Khan’s release.
“Hearty welcome to senior SP leader and MLA Azam Khan on his release on bail. With this bail decision, the Supreme Court has set new standards of justice. He will certainly be acquitted in all other false cases. Lies have moments, not centuries,” Yadav said in a tweet in Hindi.
Shivpal Singh Yadav posted on Twitter pictures with Khan outside the jail.
The jailor of Sitapur prison, R S Yadav, said the release order was received around 11 pm on Thursday and after following all procedures, Khan was released around 8 am on Friday.
A Supreme Court bench, headed by Justice L Nageswara Rao, directed Khan to file for regular bail within two weeks and asked the trial court to decide it on merits without being influenced by any of the observations of the top court.
The Uttar Pradesh government had earlier opposed Khan’s bail plea and termed him a “land grabber” and a “habitual offender”.
The apex court on May 17 had reserved its order after hearing the parties. It had earlier expressed displeasure over the delay in hearing the bail application of Khan, saying this is a travesty of justice.
After his release from jail in the morning, Khan visited the house of the Samajwadi Party’s ex-MLA Anoop Gupta before leaving for his native Rampur. Gupta had been in constant touch with Khan ever since he was lodged in Sitapur Jail. During his 45-minute stay at Gupta’s house, Khan had breakfast and met his supporters and well-wishers who had come here from different places.
“I was instructed by my party chief Akhilesh Yadav to take care of Azam Khan, his wife and son the day when they came to Sitapur jail. As my house is quite close to the jail this also gave me a chance to serve my party leader on the instructions of my party chief,” Anoop Gupta told PTI.
“Azam Khan was quite close to my father and four-time Samajwadi Party MLA late Om Prakash Gupta. Also, I was not well and got discharged from a hospital just a couple of days ago. So, Azam Khan was keen to see me and inquire about my health. It was a general meeting and had nothing to do with politics,” he said. Azam Khan was accompanied by his two sons Adib and Abdullah, party leader Ashu Malik and Bilhari MLA Mohammad Faheem. He had stuffed paratha with tea for breakfast, Gupta said.
Previously, when Tanzeem Fatima and Abdullah Azam were released from Sitapur jail they also went to Anoop Gupta’s house before leaving for Rampur.
Khan, who is considered the Muslim face of the Samajwadi Party, had hit the headlines with leaders of different political parties visiting him in jail. Shivpal Singh Yadav, who had met Khan in the jail last month, had used the opportunity to take potshots at his nephew Akhilesh Yadav’s Samajwadi Party for not taking up the jailed leader’s cause.
The PSP-L leader had said that he would soon put the matter before Uttar Pradesh Chief Minister Yogi Adityanath. Azam Khan’s camp too had expressed unhappiness with the Samajwadi Party chief, claiming that he has been ignoring the jailed MLA and the Muslim community though it voted for the party.
Azam Khan’s media in-charge Fasahat Ali Khan had accused Akhilesh Yadav of ignoring his colleague and the Muslim community, sparking speculations about a rift in the Samajwadi Party.
Fasahat Ali Khan had alleged that Akhilesh Yadav met Azam Khan only once in the jail and the party made no attempt for his release in the past two-and-a-half years. Speculation that Azam Khan was not happy with the Samajwadi Party leadership got further momentum when party MLA and former Uttar Pradesh minister Ravidas Mehrotra, who had also gone to meet him in jail, was not allowed the meeting. (PTI)
But a day later, Azam Khan met Congress leader and spiritual guru Pramod Krishnam who visited him at the district prison
Amid a widening rift, Shivpal Singh Yadav did not rule out forming a front with Azam Khan. When asked by a reporter about the chances of him and Khan forming a new front, Shivpal Singh at a programme in Farrukhabad had remarked that “a decision on this will be taken at the right time, after he comes out of jail.” (PTI)