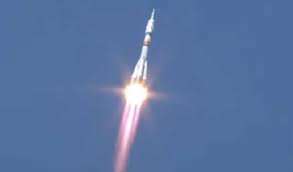 Moscow, Jun 27: The Soyuz-2 launch complex at the Vostochny spaceport will be switched to a new fuel by February 2022, a spokesperson of the Center for Operation of Space Ground Based Infrastructure, which is part of the Roscosmos space agency, told Sputnik.

“It is planned to ensure readiness for complex tests of the launch complex after the transfer to naphthyl in February 2022,” the spokesperson said.

Currently, naphthyl is only used in the third stage of the Soyuz-2.1b carrier rocket. Russia plans to switch all stages of Soyuz launch vehicles from kerosene to naphthyl.

According to Rostec Executive Director Oleg Yevtushenko, the fuel switch is part of a broader Soyuz modernization program that will help reduce harmful emissions and significantly increase the payload launched into orbit.
(UNI)