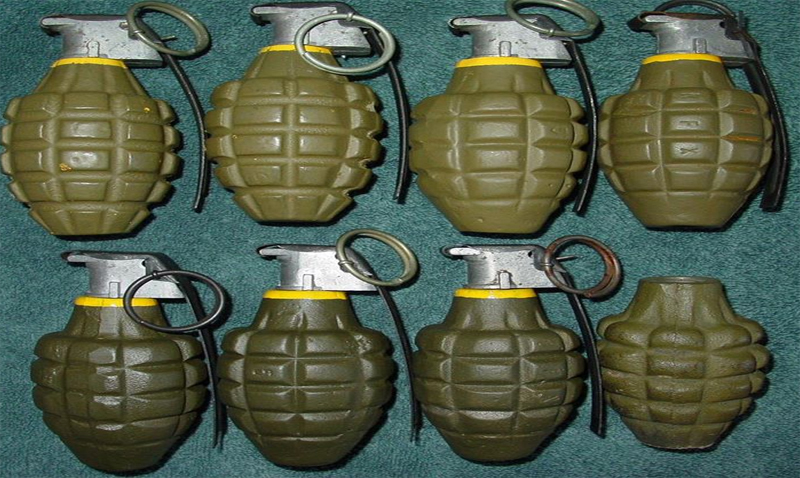 NAGPUR, May 23: Union Government’s bold decision to open up the ammunition manufacturing sector for private agencies is paying rich dividends as the Indian Army is all set to receive the first consignment of high quality grenades manufactured by Nagpur-based Economic Explosives Limited, said Anmol Rathi, Deputy General Manager of the company.
It is for the first time in the Indian history a private company is manufacturing ammunition for the Armed Forces.
Economic Explosives Limited, a subsidiary of Solar Industries India Limited, was recently awarded the contract of manufacturing 10 lakh grenades worth Rs 400 crore for the Indian Army.
The first consignment of 40,000 Multi-Mode Hand Grenades (MMHG) will replace the British era vintage hand grenades being used by the country’s Army till date.
Armed Forces in many Commonwealth Nations, including India, are still using the vintage hand grenades designed by the British way back in 1915.
The new MMHG is designed jointly by the Terminal Ballistics Research Laboratory (TBRL), a laboratory of the Defence Research and Development Organisation (DRDO) and Economic Explosives Limited.
According to Anmol Rathi ,a team of senior officers of DRDO and other concerned agencies would soon conduct a pre-delivery inspection of the consignment and pave way for material dispatch.
It will happen within the next 8 to 10 days, he said.
Highlighting the salient features of the MMHG, Mr Rathi said the grenades offer numerous advantages to soldiers in terms of safety and lethality compared to the vintage hand grenades.
The new grenades come with dual mode ? defensive and offensive. In defensive mode, the grenade is assembled with its fragmenting sleeve.
This mode is used while the soldier is in shelter and the enemy is in the open area. Its lethal radius is achieved up to eight meters from the point of burst.
In the offensive mode, the grenade is without its fragmenting sleeve and is used for low intensity conflict as it offers stunning effect. The mode is used when the soldier is in attacking mode and its lethal radius is up to five meters from the point of burst. Besides, they are lightweight and can be primed and unprimed many times without affecting the functional efficiency. (PTI)
Until a decade ago, ammunition manufacturing was in the sole domain of government agencies and it was beyond the imagination that the private sector could foray into this field. But the glass ceiling was broken by Solar Group in the year 2015 by entering into the field of ammunition manufacturing for defence.
Indonesia to buy grenades from Solar Industries Impressed by the safety and lethality of Multi Mode Hand Grenades, many foreign countries are showing interest in the product made by the Indian private company. Some have already started negotiations while Indonesia is the first foreign nation to place an order for the grenades.
The Government of India has recently given in-principle approval to Economic Explosives Limited to supply the grenades to Indonesia.
(UNI)