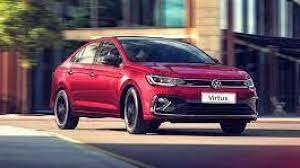 Mumbai, Sept 12:European carmaker Skoda Auto Volkswagen India has expanded its export portfolio from India with the inclusion of mid-sized Virtus sedan, the company said on Monday.
It said as many as 3,000 units of the vehicle are being shipped out from India to Mexico in the first phase of Virtus exports.
Skoda Auto Volkswagen commenced vehicle exports from India in 2011 with 6,256 units of the India-built Vento for the South African market.
Virtus is the second product under the Group’s India 2.0 project that is developed on the MQB-A0-IN platform with up to 95 per cent localisation level.
Taigun was the first in a range of vehicles built on the MQB-A0-IN platform, to be exported from India, it stated.
The first shipment of 3,000 Volkswagen Virtus cars is being sent to Mexico from the port of Mumbai.
Skoda Auto Volkswagen India Pvt Ltd (SAVWIPL) manages the India region for the five Volkswagen Group brands – Skoda, Volkswagen, Audi, Porsche, and Lamborghini.
“With this move, we are closer to realising our aim of making India an export hub for the VW Group globally, which is a significant pillar of our India strategy. With this announcement, we have further strengthened our commitment to offering next-generation vehicles to and from India,” said Piyush Arora, Managing Director at SAVWIPL.
SAVWIPL exports vehicles from India to 44 countries across South America, Central America, Africa, the Indian Subcontinent, Southeast Asia, the GCC countries, and the Caribbean region.
Till June, the company has shipped out over 550,000 cars to these markets with Mexico being the largest market for the company, it said. (PTI)