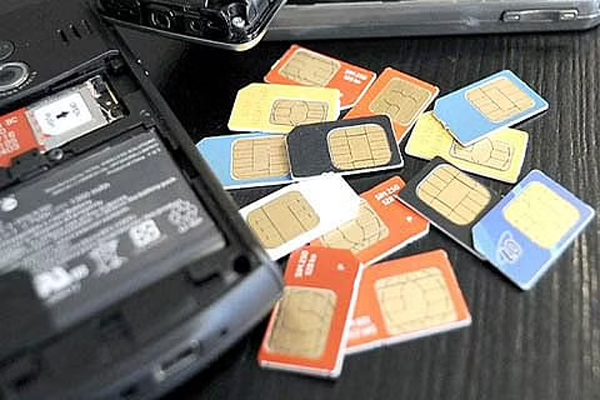 Srinagar/Doda, June 30: Police today busted a fake SIM card racket by arresting three persons involved in the crime in Budgam district.
A police spokesman said that police received specific information that a group of PoS agents is operating in Budgam and involved in cheating innocent people by forging their documents and using them as genuine to procure SIM cards for their personal interests and selling such SIM cards for criminal acts.
“Accordingly, a case under FIR number 201/2022 under relevant Sections of law was registered at Police Station Budgam and investigation was taken up,” police said.
“During the course of investigation, three persons identified as Iqbal Hussain Khanday son of Ghulam Mohammad, resident of Sebdan, Mohammad Ishaq Bhat son of Bashir Ahmad resident of Kremshore and Ghulam Hassan Dar son of Ghulam Nabi resident of Razwen areas of Budgam were arrested,” police added.
Meanwhile, police said that preliminary investigation revealed that the arrested trio was working as retail vendors and used to issue SIM cards on fictitious names by using the photographs of their agents, family members and themselves.
“Also, as a supporting identification document, some of the accused have used a forged seal of J&K Bank Branch Kremshore to prepare fake bank passbooks,” police said.
In order to unearth the whole module, a Special Investigation Team headed by ASP Budgam Gowhar Ahmad has been constituted to investigate the case thoroughly including terror angle and if during investigation any such evidences are found the relevant sections under ULA(P) shall be incorporated, police said.
Meanwhile, police advised the people to remain cautious and acquire SIM cards through legal means after completing all verification processes and not to fall prey to the vested interests of SIM card scammers today.
Meanwhile, Gandoh police in Doda district busted a racket selling SIM cards on fake identities and arrested a vendor along with his associate today.
As per police sources, information was received at Police Station Gandoh regarding sale of SIM cards on fake identities and accordingly a team led by SHO Gandoh Inspector Vikram Singh and assisted by PSI Parvez Ali was constituted under the supervision of SDPO Gandoh Shahzada Kabir Matoo and SSP Doda Abdul Qayoom.
After getting information, the team led by SHO Gandoh arrested a SIM card vendor identified as Zaffer Hussain alias Jaffer Hussain, son of Noor Mohammad Matoo of Dudwar Tehsil Gandoh.
Jaffer Hussain who is the proprietor of “Jaffer Communication Gwari Changa sold SIM cards with the help of computer operator Mohammad Tayab, son of Mohammad Iqbal of Gandoh by making fake election cards in violation of Department of Telecom regulations and in a manner that amounts to forgery and cheating.
Proprietor of Jaffer Communication and computer operator were involved in preparing and selling of SIM cards of various telecom companies by using fraudulent and dishonest methods. Prima facie evidence has become available to show that forging of records has taken place wherein photos of a single person has been used to prepare multiple SIM cards with different names and identities of fake election cards.
The computer operator Mohammad Tayab has also been arrested.
Two laptops, one printer, two POS vendor mobiles used for issuing SIM cards and one die cutter machine have been seized from shop namely Malik Photostat and Computer Works Gwari Gandoh.
During initial investigation, it has been found that the vendor has issued almost 39 fake SIMs to different persons and there is an apprehension of increasing this number in coming days.
A case under FIR Number 45/2022 under Sections 420, 467, 468 and 120-B IPC has been registered at Police Station Gandoh and further investigation is going on.