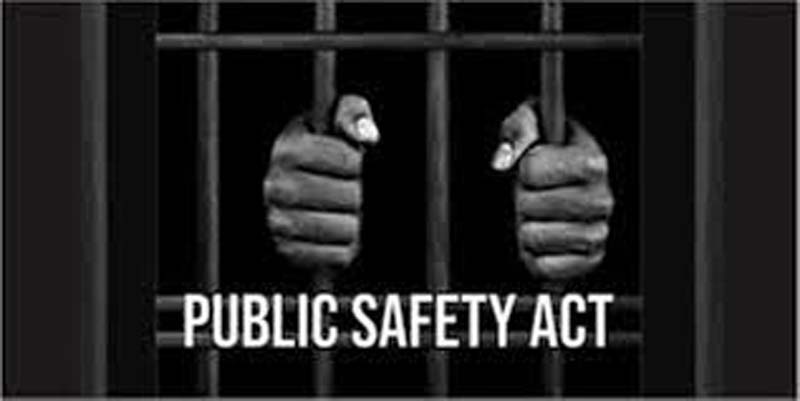 SRINAGAR, Dec 30: Three persons including a Sarpanch were booked under Public Safety Act in Kupwara district for their involvement in narcotics peddling in the area.
A warrant under PSA against the trio was issued by Divisional Commissioner Kashmir after PSA dossiers were submitted by the police against the accused.
The statement issued here said that the trio were involved in narcotics peddling in rampant ways and were trying to lure local youth towards this crime and also had let loose a reign of terror and fear in the area with their narcotics syndicate.
It read that they have been detained and lodged in jail after PSA orders were issued against them. They have been identified as Sarpanch Darpora Lolab, Manzoor Ahmad Lone (42), who was booked in three cases earlier including FIR 49/2012 under section 8/20 NDPS Act of PS Lalpora, FIR 56/2017 under Section 8/20 of NDPS Act in PS Lalpora and Case FIR 56/2019 under section 8/20 NDPS Act of PS Lalpora, Bilal Ahmad Ganie of Batpora Kupwara, who was booked in a case FIR 130/2016 under section 8/20 of NDPS Act of PS Kupwara and Tariq Ahmad Bhat of Lalpora Kupwara was earlier booked in case 24/2020 under Section 8/20 NDPS Act of PS Lalpora.
Meanwhile, Senior Superintendent of Police Kupwara, Yougal Manhas said that action over narcotic peddling is one of the top priorities of Jammu and Kashmir Police for which necessary action as well as preventive measures are being taken.
He said that the action against these three persons and their detention under Public Safety Act is a step forward to tighten noose against narcotic peddlers of the district.
He further appealed to the people to share information of those indulging in this crime so that necessary legal action could be taken against them.