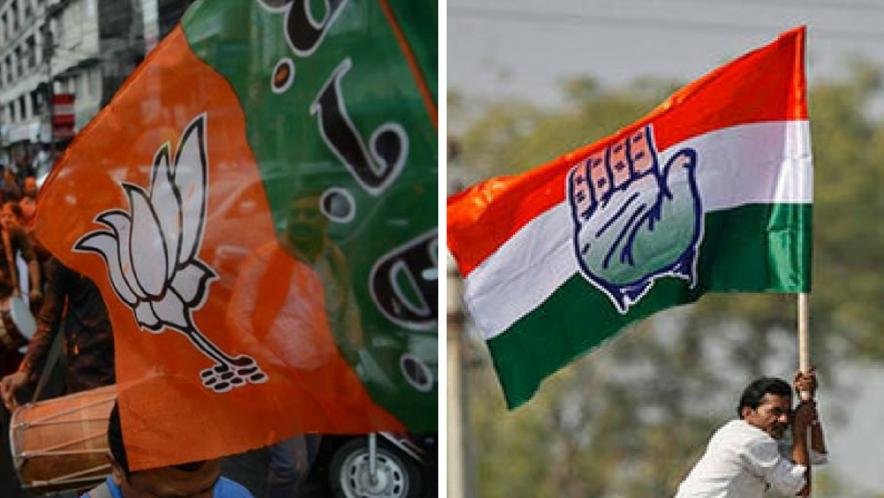 BENGALURU, Aug 14: A massive controversy has erupted between Congress and BJP over removal of the name of India’s first Prime Minister from Karnataka Government’s advertisement.
The Karnataka Congress hit out at the BJP Government by saying that Chief Minister Basavaraj Bommai has heaped insult on his father SR Bommai and his father’s first political Guru MN Roy, who were great Nehru admirers.
On the other hand, BJP argued that the Government has included Nehru’s picture in the sketch along with Mahatma Gandhi, Rani Laxmi Bai and other leaders and ruled that the principal opposition party was blowing a non-existent issue out of proportion.
In a tweet, senior Congress leader and Rajya Sabha MP Jairam Ramesh stated, “Nehru will survive such pettiness. CM Karnataka, desperate to save his job knows what he has done is an insult to his father S.R. Bommai & his father’s 1st political guru M.N. Roy both great Nehru admirers, the latter being a friend as well. Pathetic this is.
” Former Karnataka Chief Minister Siddaramaiah demanded an apology from Bommai for the ”insult” and said RSS is allergic to Nehru as his Government banned the RSS after Gandhi’s assassination. “Let it be remembered that Nehru spent 9 years of his life in jail.
He was not a coward like Savarkar,” Siddaramaiah tweeted. Reacting to it, BJP leader Mohan Krishna stated, “His (Nehru) picture is already there in the sketch along with Mahatma Gandhi, Rani Lakshmi Bai, and other leaders.
The opposition is trying to blow it up by showing to the people something which is not true.” Interestingly the Government advertisement includes Veer Savarkar’s image, captioned as Revolutionary Savarkar.
“Vinayak Damodar Savarkar published several books which advocated obtaining complete independence through revolutionary means. He was imprisoned in Andaman Nicobar and subjected to excessive toruture,” the advertisement reads.
The advertisement further reads, “The history of India’s independence movement is filled with the sacrifices of millions of Indians. Today, as we celebrate India’s 76th year of Independence, we must remember and pay tribute to them and take the pledge to emulate their selfless patriotism.”
The advertisement was published under the Har Ghar Tiranga campaign. The online fued on the issue began on August 2 when PM Modi had urged social media users to change their display pictures to the tricolour to mark the 75th year of Independence.
Some Congressmen, in a counter, changed their display pictures on social media accounts to an image of Jawaharlal Nehru holding the national flag. This further fueled the feud between BJP and Congress, with the former questioning the latter’s dynastic proclivity. (UNI)