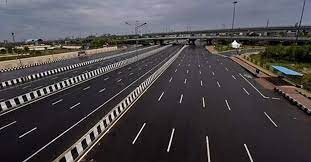 NEW DELHI, Nov 27: The road transport and highways sector has the maximum number of delayed projects at 243, followed by railways at 114 and the petroleum sector at 89, showed a Government report.
In the road transport and highways sector, 243 out of 826 projects are delayed. In railways, out of 173 projects, 114 are delayed, while in petroleum sector, 89 out of 142 projects are delayed, as per the latest flash report on infrastructure projects for October 2022.
The Infrastructure and Project Monitoring Division (IPMD) is mandated to monitor central sector infrastructure projects costing Rs 150 crore and above based on the information provided on the Online Computerised Monitoring System (OCMS) by the project implementing agencies.
The IPMD comes under the Ministry of Statistics and Programme Implementation.
The report showed that the Muneerabad-Mahaboobnagar rail project is the most-delayed project. It is delayed by 276 months.
The second-most delayed project is the Udhampur-Srinagar-Baramulla rail project which is delayed by 247 months.
The third-most delayed project, Belapur-Seawood-Urban Electrified Double Line, is delayed by 228 months.
The Flash Report for October 2022 contains information on the status of the 1,521 central sector infrastructure projects costing Rs 150 crore and above.
During the reference month (October), out of 1,521 projects, nine have been added and 10 projects (9 road projects and one related to urban development) have been completed.
As many as 642 projects are delayed with respect to their original schedules and 79 projects have reported additional delays vis-à-vis their date of completion reported in the previous month. Of these 79 projects, 32 are mega projects costing Rs 1,000 crore and above. (PTI)