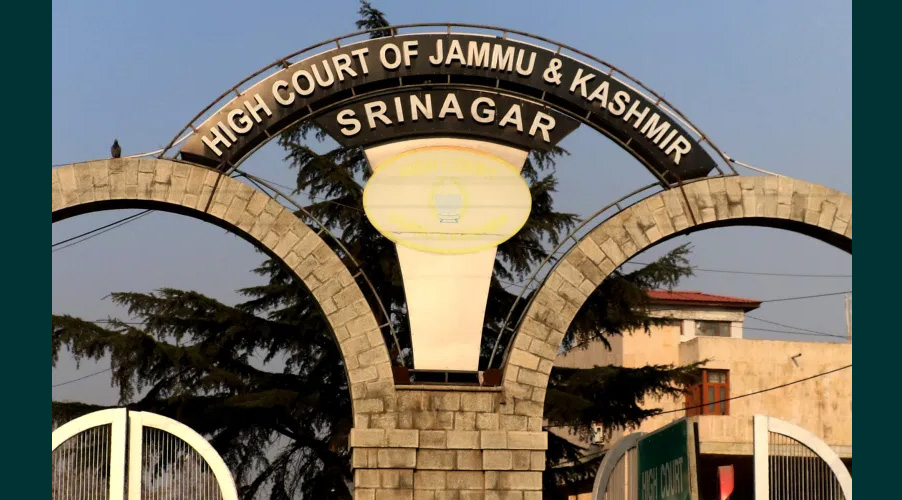 Excelsior Correspondent
Srinagar, May 25: Seeking review of the judgment whereby the land acquisition process and award of compensation was quashed, the High Court today dismissed the plea of the Government and recorded that review of the court verdict cannot be used as a tool for changing the court opinion.
The Division Bench of Justice Ali Mohammad Magrey and Justice Puneet Gupta dismissed the petition of Government seeking review of judgment whereby the notification issued under Section 4(1) of the J&K Land Acquisition Act, along with any other subsequent notification(s) issued, including draft award were quashed with the direction to the authorities to initiate fresh process for acquisition of land in accordance with the law and the rules governing the subject to ensure adequate compensation to the petitioners.
“It is not open to the Court, dealing with review of its decision, to re-appreciate the evidence and reach a different conclusion, even if that is possible. Conclusion arrived at, on appreciation of evidence and after hearing the rival parties, cannot be assailed in a review petition, unless it is shown that there is an error apparent on the face of the record”, the DB said.
The Court said that once a prayer which has been refused, no review petition would lie which would convert re-hearing of the original matter for such prayer and the power of review cannot be confused with appellate power which enables a superior Court to correct all errors committed by a subordinate Court. It is not a re-hearing of an original matter. A repetition of old and overruled arguments is not enough to reopen concluded adjudications. The power of review has to be exercised with extreme care, caution and circumspection, that too, only in exceptional cases.
The owners in possession of a plot of land measuring one Kanal, 19 Marlas along with a double storied house and single storied Kitchen situate at Buchwara, Srinagar was brought by the authorities under the notification under Section 4(1) of the J&K Land Acquisition Act in December, 2011 for acquisition.
It was contended that no such notification was published by the respondent-authorities in the Government Gazette and due to non-publication of the notification in the Government Gazette, they remained completely unaware about the issuance of such notification as such stated that the non-communication of any information by the respondents qua the acquisition proceedings initiated by them, the petitioners were neither associated in the private negotiation proceedings as claimed by the respondents or the issuance of the notifications under Sections 6 and 7 vide No. DCS/LAC/1916/1367-72 dated 24th of February, 2012 or a notification under Section 9 and 9(A) stated to have been issued vide No. DCS/LAC/1916/1394- 1400 dated 25th of February, 2012.
It was also contended before the court that for the first time they acquired the knowledge of the aforesaid properties having been brought under acquisition proceedings when they found the contractor appointed by the respondents having already entered in the premises of the properties of the petitioners and demolished the double storied house and the single storied kitchen existing thereon alongwith the moveable assets, furniture, fixtures and furnishings, etc., which were kept there by the petitioners.
Court mentioned that right to hold immovable property continues to be a fundamental right in Jammu and Kashmir no person shall be deprived of his/ her property, except in accordance with the procedure prescribed under law and that no property shall be compulsorily acquired or requisitioned for any public purpose, save by authority of law.
Court held that the purpose of publication of the notification in the process of acquiring any private property for public purpose, as is mandated by the J&K Land Acquisition Act, is two fold, first, to ensure that adequate publicity is given so that the landowners and persons interested will have an adequate opportunity to file their objections and, second, to give the landowners or occupants a notice that it shall be lawful for any officer/ official authorized by the Government to carry out the activities enumerated in the J&K Land Acquisition Act.
“In the present case, it is clear that both the aforesaid objects have been defeated by the respondents while initiating the process of acquiring the property of the petitioners, thereby violating the very mandate of the scheme of the Act. In this context, it can be said quite safely that breach of provisions of the J&K Land Acquisition Act has affected the fundamental right of the petitioners guaranteed to them under Article 19(f) and 31 of the Constitution of India”, read the judgment.