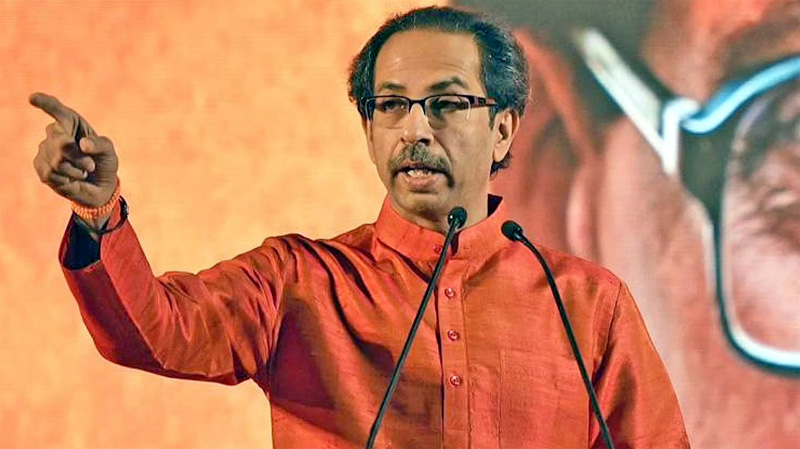 Mumbai, Jun 28: Striking a re-conciliatory note a day after divesting the portfolios of all nine rebel Shiv Sena ministers and against the backdrop of the Supreme Court granting relief to breakaway MLAs, party chief Uddhav Thackeray on Tuesday appealed to the dissidents camping in Guwahati to return to Mumbai and talk to him, saying it’s not “too late”.
Shinde, however, seemed unenthused as he reminded the Sena leadership that the patch-up offer is at variance with the harsh criticism the rebels are facing from Uddhav’s son Aaditya Thackeray and party spokesperson Sanjay Raut.
Thackeray’s offer to mend fences comes against the backdrop of controversial statements made by some Shiv Sena leaders, especially Sanjay Raut whose “40 bodies without soul” statement had caused a flutter.
“It is not too late. I appeal to you to return and sit with me and remove the confusion (created by your actions) among Shiv Sainiks and the public,” a statement by Thackeray’s aide quoted him as saying.
“If you return and face me, some way could be found. As the party president and family head, I still care for you,” he said.
Interestingly, rebel group leader Eknath Shinde dared the party to disclose the names of some of the MLAs camping in Guwahati reportedly in touch with the party leadership.
“On the one hand, your son and spokesperson call the Shiv Sainiks of revered Balasaheb Thackeray pigs, dirt from nullah, dogs, corpses, ‘jahil’ and on the other hand, a call is given to the (rebel) MLAs to patch up to save the anti-Hindu MVA government. What does that mean?” Shinde tweeted in Marathi.
Amid the standoff between the Sena leadership and Shinde to control the party, Sena leaders, especially Sanjay Raut, have been attacking them in harsh terms.
On Sunday, Raut said that “40 bodies without souls” will come from Guwahati.
Addressing Shiv Sena workers in Karjat near Mumbai, Tourism Minister and Yuva Sena chief Aaditya Thackeray on Monday said every shivsainik is seeing the current situation as an opportunity and not as a problem.
“The dirt has gone away. Now we can do something good,” Aaditya had said, referring to the rebel MLAs.
In a setback to the MVA government, the Supreme Court on Monday kept in abeyance the disqualification proceedings of 16 of the dissident MLAs before the Maharashtra Assembly Deputy Speaker till July 11. Also, it refused to pass any interim order on the state government’s plea that there should not be any floor test in the Assembly.
Over the last eight days since Shinde raised the banner of revolt, the ranks of the dissidents swelled gradually with more Sena MLAs and even ministers crossing over to the rebel camp.
The rebellion has rocked the Shiv Sena and threatened the survival of the Maha Vikas Aghadi (MVA) government comprising Shiv Sena, NCP, and Congress.
Uddhav Thackeray said family members of some rebel MLAs in Guwahati are in touch with him and the party and have conveyed the legislators’ feelings to him.
“You have been stuck in Guwahati for the last few days. New information is coming out about you every day, and many of you are also in touch. In your heart, you are still with the Shiv Sena,” he said.
Amid the growing rancour between the Uddhav Thackeray faction and the Shinde camp, Shivsainiks loyal to the Thackerays staged protests and even damaged the office of a dissident MLA.
The dissident camp had disapproved the remarks such as “40 bodies without a soul” made by Raut.
The Shiv Sena has claimed that at least 20 MLAs from the rebel camp are in touch with the party.
The Sena chief also said the honour bestowed to the rebel legislators by Shiv Sena cannot be accorded by anyone else and urged them to come forward and speak to him.

As the rebellion saga unfolded, Thackeray had last week made an emotional appeal saying he was ready to step down if Shinde and MLAs who are supporting him declared that they don’t want him to continue as CM.
Thackeray, however, turned combative on June 24 when he accused the rebels of betrayal and challenged them to try and wean away common party workers.
The dissident camp has demanded that the Shiv Sena walk out of the Maha Vikas Aghadi and patch up with its estranged ally, BJP. (PTI)