Anjan Roy
In the midst of all the uncertainties and tailspins of last one year, there has been one exception – the rise and rise of the Bitcoin. Currently, it is well past $60,000 and, if God does not know, Elon Musk of Tesla seems to be aware when the computer creation should hit $100,000 mark.
Bitcoin is now the rage. Everyone would love to have some of it. Trading is happening and you can do it online. But it is not clear to what end.
The Reserve Bank of India has once again opposed allowing crypto currencies in the country and making it legal to trade and transact in these crypto currencies. While there are a handful of crypto-currencies, among them, Bitcoin has become almost synonymous with it Coca-Cola once was with cold drinks.
It is the rage now. Musk is said to have invested some $1 billion in Bitcoin which is now spiralling up. He invested when Bitcoin was around $51,000 an since then it has crossed $61000, which in itself would have given Musk the kind of gain little other investments could have.
But to what purpose. Musk has said he would accept Bitcoins in payment for his car. That is alright. But can you really use it for buying soaps to tea and crockery.
A currency serves two principal purposes. First as a medium of exchange; and secondly, as a store of value.
As of now, the Bitcoin, as the first among crypto-currencies, has no independent value. It is being valued in terms of the US dollar. Today, it is past $61,000 for a single Bitcoin. But it was not always that stratospheric, It has swung widely in terms of value. I remember it was at $2000 and I wondered how could this ethereal entity be valued so highly.
You are none too sure that the Bitcoin will remain at these levels for long. It might keep on spiralling upwards. At the same time, it can just as well spiral down. As a store of value, it is uncertain.
The current upsurge in value in dollars terms began primarily since when the news was out that Elon Musk was putting a hefty amount into it. The whiff in the air about Musk’s interest in Bitcoin gave it wings because the supply of Bitcoin is somewhat limited.
This form of crypto-currency is a product of a chain of computers spewing out some crypto-currencies. The process is extremely complex and involves scores of computers. It is said that that crypto-currency mining is extremely power intensive. Huge number of computers have to function for the purpose.
Keeping tab on holdings of these crypto currencies is like relocating your holdings among computers ledgers spread across the globe. Any transaction will have to be verified and cleared by all the computers at a time and a final ledger transfer is given effect to.
In the conventional process, your holding of an amount of any money is entered into your bank account or your credit or debit card account. Now every time you do your transaction, your account is accessed through your exclusive instrument (credit, debit or your cheque account) and the transaction is then settled.
These crypto currencies are the end results of a “blockchain” activity throughout the global chain of computer ledgers. Your account is simultaneously updated throughout which is said to make any frauds impossible.
In case of these crypto transactions, the global computer network of your account will have to be accessed and the transaction stalled. In theory, this is excellent as the whole process of verification globally would preclude any fraud. This is therefore fraud proof.
However, for concluding the daily transactions like in conventional currencies, it might become cumbersome. Settling every account for every small purchases this will be too difficult when being done globally for all consumer.
The Reserve Bank of India has opposed the use of crypto currencies on a different ground that this will vitiate the overall financial system and its control and supervision by a central bank will become impossible.
For maintaining financial stability, the central bank has maintained, certain supervisory controls would be essential. It also controls the currency and the amount of currency and liquidity in the system. Handing over the reins of currency supplies to private hands or the end for monetary policy control, result of some computer systems operated by a host of private individuals could be dangerous. 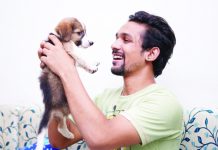 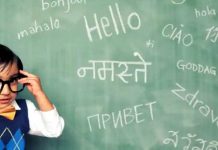 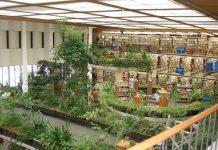 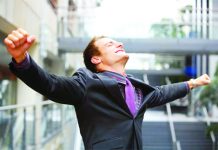 Self Confidence Leads to Success