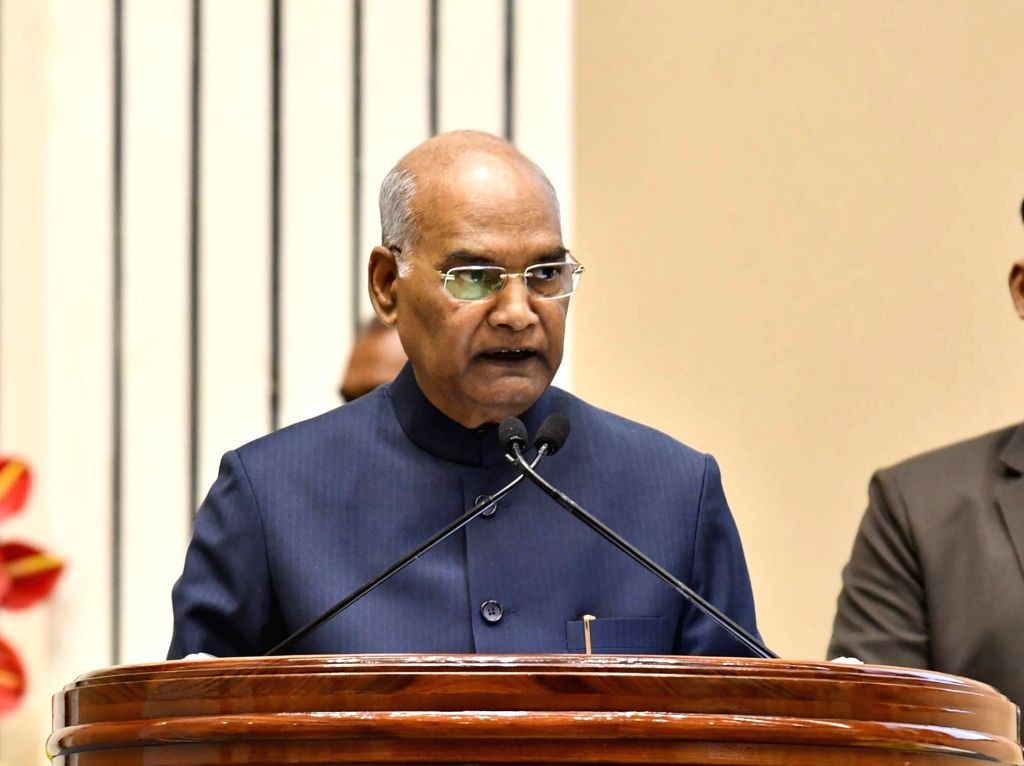 PM, others to join function in New Delhi
Rajnath, Army chief to attend

JAMMU, July 7: President Ram Nath Kovind will be visiting Drass in Kargil sector on July 26 to join victory celebrations marking 20th anniversary of ‘Kargil Vijay Divas’, the day India had cleared all Pakistani Army personnel and intruders from its land and declared victory of the limited war fought between May and July in 1999.
Apart from the President, who happens to be the Supreme Commander of 3 Services, Defence Minister Rajnath Singh and Service chiefs from Army and Indian Air Force (IAF) were also likely to visit during 20th victory celebrations in Kargil, which have already commenced.
Prime Minister Narendra Modi is scheduled to pay tributes to the Kargil martyrs at ‘Amar Jawan Jyoti’ in New Delhi on July 26, which is celebrated as `Kargil Vijay Divas’ as it was on this day in 1999 that ‘Operation Vijay’, as the limited Kargil war was codenamed, was declared over with the Indian victory.
Official sources told the Excelsior that President Ram Nath Kovind will be visiting Drass, where Kargil war celebrations are held every year, in Kargil district on July 26. He was likely to address the troops at Drass, which is located at the height of 3230 meters from sea level, and join the function to celebrate the Indian victory over Pakistan in Kargil 20 years ago.
“Besides the President, Defence Minister Rajnath Singh and Army chief Gen Bipin Rawat were also expected to join the Kargil victory function,” sources said, adding that Prime Minister Narendra Modi and Union Home Minister Amit Shah will attend the ‘Kargil Vijay Divas’ at ‘Amar Jawan Jyoti’ in New Delhi, where also a function will be held to pay tributes to Kargil martyrs.
Around 527 Indian soldiers were martyred during about two months long Kargil war while Pakistan was reported to have suffered over 3000 casualties including the Pakistan army regulars and intruders, who had captured the heights in Kargil, which were got vacated by the Army and IAF personnel in the limited war without crossing the Line of Control (LoC) with Pakistan.
Ram Nath Kovind, who had visited Siachen Glacier, the highest battlefield in the world situated at a height of 5400 meters from the sea level on May 10, 2018, will be staying at Drass in Kargil district for about two hours, sources said. Governor Satya Pal Malik will accompany the President.
It may be mentioned here that Army has chalked out about 20 days long celebrations of ‘Kargil Vijay Divas’ during which series of functions were planned, which have already started. Army chief Gen Bipin Rawat had a day before launched a special song marking 20th anniversary of Kargil victory while Northern Command chief Lt Gen Ranbir Singh was also in Kargil yesterday to review arrangements for the functions.
Former President late APJ Abdul Kalam had visited Kargil in 2004 and addressed the troops there.
A Defence spokesman said the year 2019 which marks the 20th anniversary of the victory in ‘Operation Vijay’ popularly known as the Kargil war, is known for the determination, bravery, courage and daring mettle of the Indian Army troops who took to task the enemy intruders occupying strategic heights in Indian territory.
As a part of celebrating 20 years of Kargil victory, commemorative treks were organized by 13 JAK Rifles (‘Bravest of the Brave’) and 18 Grenadiers to Batra Top and Tiger Hills today.
The spokesman said many battles define the Kargil war and one such battle which stands out is the battle of Point 4875. The recapture of Point 4875 was pivotal during Operation Vijay and 13 JAK Rifles had achieved the impossible during this battle.
“No one can forget Capt Vikram Batra who had decimated the enemy through his heroic acts and the famous “Dil Maange More” quote which had the entire nation fall in admiration of this war icon,” he added.