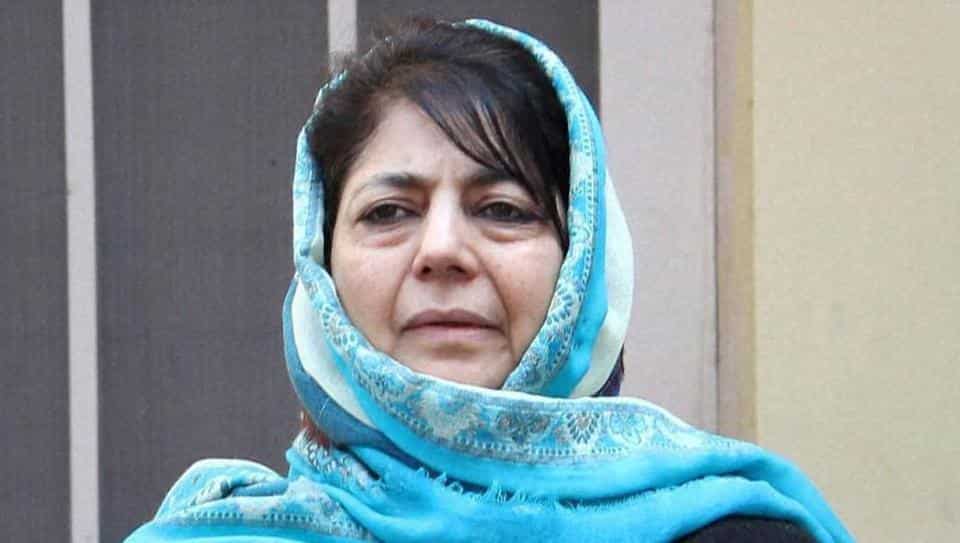 SRINAGAR, Dec 11: Peoples Democratic Party (PDP) today said the results in the assembly polls to five states have shown that political awakening is on the rise in the country as people have rejected the communal politics.
The Congress was today set to wrest Rajasthan and Chattisgarh from the BJP which was trailing marginally in Madhya Pradesh in a cliffhanger while the TRS stormed back to power in Telangana and the MNF dislodged the Congress in Mizoram.
“People rejected Mandir-Masjid politics, results show political awakening on rise in India,” the PDP quoted its president Mehbooba Mufti as saying on its Twitter handle.
She was referring to the loss of BJP, which was an ally of the PDP in Jammu and Kashmir Government till June this year, in the assembly polls in five states.
“Clearly the mood of the nation rejects the brazen attempts of polarising the society, rejects those who promise in words but plot in action, rejects those furthering their politics by pitting the people of one community against the other,” it added.
However, National Conference vice president Omar Abdullah has so far refrained from a direct comment on the outcome of the assembly polls in the states of Chattisgarh, Madhya Pradesh, Mizoram, Rajasthan and Telangana.
With BJP and Congress locked in a neck to neck fight in Madhya Pradesh, Omar said the smaller parties will be a happy lot.
“‘Others in Madhya Pradesh will be a happy lot at the moment,” he tweeted.
“This is the most fun I’ve had on counting day in a long time. It helps that I’m not fighting elections in any of the 5 states,” he said in another tweet.
Omar said while it was “even-steven” in Madhya Pradesh but BJP has not given up hope of forming the Government there.
“It’s even-steven in MP & from what I hear the BJP hasn’t given up the hope of forming a Government there,” he said.