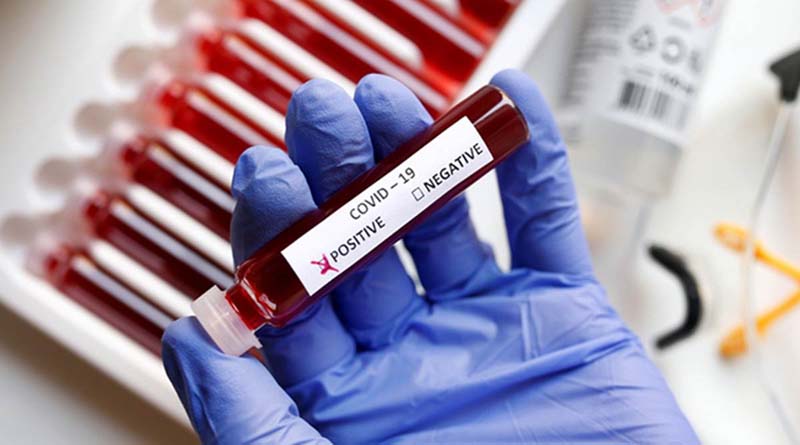 JAMMU, July 3: Forty two persons including a female patient admitted in the Government Medical College (GMC) Jammu, a pregnant woman, Army, CRPF and CISF jawans today tested positive for COVID-19 in the Jammu region while three persons who had tested positive here reportedly managed to reach Kashmir and a message has been sent there by the authorities to trace and lodge them in the hospital. A couple in Doda turned positive today immediately after their four-year-old son tested negative after over 10 days of treatment.
The Union Territory of Ladakh crossed 1000-mark of Corona patients with 11 new cases.
An elderly woman who was admitted in specially created `Suspect Area’ of the Government Medical College (GMC) Jammu has reported positive for COVID-19 and has been shifted to Isolation Ward of the hospital.
The woman hailing from Gole Gujral was symptomatic having fever and cough and soon after her admission she was tested for the virus. She has reported positive, GMC Medical Superintendent Dr Dara Singh said.
Officials said contact tracing of the woman is on for isolation and sampling.
Another woman hailing from Pallanwalla in Jammu district has tested positive for Corona after her sample was taken ahead of delivery. She had visited the Sub District Hospital Akhnoor for check-up.
Sub Divisional Police Officer (SDPO) Akhnoor Ajay Sharma said house of the woman has been contained and her contacts within the village and Akhnoor hospital have been traced for isolation and sampling for COVID. The woman has been shifted to hospital.
An Army soldier, a 53-year-old CRPF jawan and 45-year-old man from Raipur Satwari with travel history of Hyderabad have also tested Corona positive in Jammu.
A total of 13 persons reported positive in Jammu district, 10 of whom were returnees from different parts of the country.
Officials said three persons who tested positive for the virus in Jammu had managed to reach Kashmir and a message has been flashed there to trace and shift them to the COVID hospitals there.
In Doda district, a couple today tested positive for Coronavirus immediately after their four-year-old son, who was positive for past more than 10 days, turned negative.
The family hailed from village Indralla Thathri and had returned from Mumbai. On return, they were subjected to testing during which four-year-old child reported positive for the virus while his parents were found negative. However, the parents stayed with their child in the hospital to take care of the infant.
Today, when the child reported negative for second consecutive time and was scheduled to be discharged from the Government Medical College (GMC) Doda, the parents tested positive, the officials said.
A 27-year-old youth from Chilli Gandoh in Doda district has also tested Corona positive.
Two persons today tested Corona positive in Udhampur district.
They include a 24-year-old civilian working for the Army in FOD having travel history of New Delhi and 39-year-old male from Jakhaini, who had returned from Srinagar.
Two persons including a Central Industrial Security Force (CISF) jawans from Himachal Pradesh and a Pharmacist of Srinagar tested positive in Kishtwar today, District Magistrate Rajinder Singh Tara said, adding that both had returned to duty from Himachal and Srinagar after availing leave.
Three persons reported positive for the virus in Ramban district.
Chief Medical Officer (CMO) Ramban Dr Fareed Bhat said two of the positives are neighbours of a Jammu and Kashmir Bank employee, who had tested positive earlier. Both of them hailed from Wagan Chamalwas while third positive is a labourer from Uttar Pradesh, who had returned to Ramban.
Ten persons including nine travelers and a local today reported Corona positive in Kathua district
Deputy Commissioner Kathua OP Bhagat said nine of them were under administrative quarantine and have been shifted to COVID hospitals.
He said 1810 more persons have crossed Lakhanpur during last 24 hours to enter Jammu and Kashmir.
Six travelers, all of whom were under quarantine, reported positive for the virus in Samba district while three others turned positive in Rajouri.
Reasi and Poonch districts didn’t report any Corona positive cases today.
Fifty Corona patients were today treated and discharged from various COVID hospitals including 12 each in Udhampur and Kathua, 11 in Jammu, eight in Samba, five in Rajouri and one each in Poonch and Doda.
Jammu region now has 1692 Corona patients but, out of them, 424 are active. As many as 1254 Corona patients have recovered and were discharged in the region. There have been 14 Corona casualties.
Meanwhile, 11 persons today tested positive for Coronavirus in the Union Territory of Ladakh, all in Leh district as all sample reports of Kargil district were negative.
With today’s positives, the Corona tally of Ladakh today crossed 1000-mark and stood at 1001.
Out of 1001 positives cases, Leh district accounted for 288 and Kargil 713. However, there were only 223 active Corona cases in Ladakh including 93 in Leh and 130 in Kargil.
As many as 777 Corona patients have been treated and discharged from the hospitals—194 in Leh and 583 in Kargil. There has been only one Corona casualty in Ladakh so far,
Out of Corona positive cases in Ladakh, 16 are admitted in COVID hospitals and 207 were in home isolation.