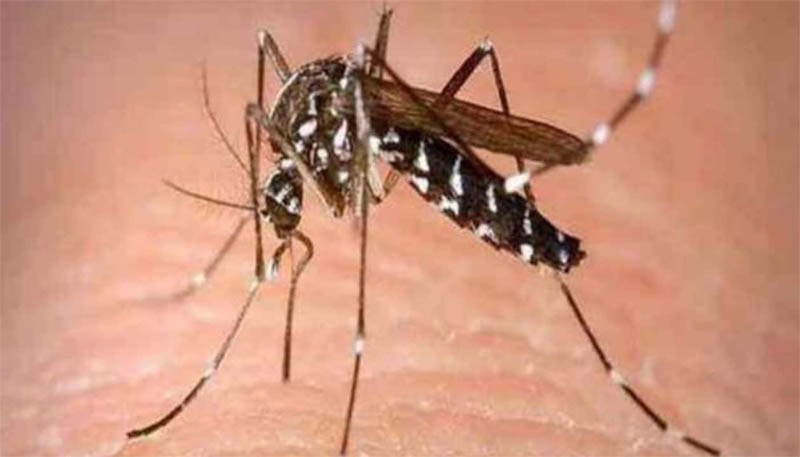 NEW DELHI, Oct 3:
The number of dengue cases witnesses a sharp rise in September with more than 400 new infections being reported in the last week of the month.
A total of 693 cases of dengue were reported last month till September 28, according to a report released by the Municipal Corporation of Delhi (MCD) on Monday.
The city recorded a total of 525 dengue cases till September 21 this year while 412 fresh cases were reported in the week that followed, taking the tally of the vector-borne disease in the city to 937 so far this year, it said.
In 2015, the city had witnessed a massive dengue outbreak, with the number of cases crossing 10,600 in October. It was Delhi’s worst dengue outbreak since 1996.
Of the 937 total cases recorded till September 28 this year, 75 were reported in August.
It is also the highest number of dengue cases logged during the January 1-September 28 period since 2017, when the corresponding figure was 2,152.
No death has been reported so far this year due to the disease.
A total of 125 cases of malaria and 23 cases of chikungunya have also been reported this year in Delhi till September 28, the report said.
The MCD has said that it has been conducting drives to check the spread of dengue.
Amid a spike in dengue cases in the national capital, many people down with viral infection are exhibiting “overlapping symptoms” of Covid and the vector-borne disease, leaving both patients and doctors perplexed about the exact diagnosis.
Cases of vector-borne diseases such as dengue and malaria are usually reported between July and November, sometimes stretching till mid-December.
Its symptoms include high fever, headache, rash and muscle and joint pain, which are quite similar to that of Covid which also includes fever or chills, muscle or body aches, fatigue and headache among others.
In such a situation it has become difficult to ascertain whether a person suffering from fever, body ache and headache is Covid positive or not, doctors said.
Amid the continuous spurt in dengue cases, Chief Minister Arvind Kejriwal had recently said that a plan has been devised to combat the vector-borne disease.
Last year, 9,613 dengue cases were recorded in the city, the highest since 2015, along with 23 deaths — the maximum since 2016.
According to the MCD report, the city recorded 23 dengue cases in January, 16 in February, 22 in March, 20 in April, 30 in May, 32 in June and 26 in July.
According to the MCD report, breeding of mosquito larvae has been found at 1,30,544 households this year till September 28.
Authorities issued 96,189 legal notices for mosquitogenic conditions, and 35,668 prosecutions were launched.
In 2018, Delhi had reported 481 dengue cases during the January 1-September 21 period, according to the report. The figures in 2019, 2020 and 2021 were — 282, 212 and 273, respectively.
Ten deaths each were reported due to dengue in 2016 and 2017, four in 2018 and two in 2019.
According to official data, 4,431 dengue cases were recorded in Delhi in 2016, 4,726 in 2017, 2,798 in 2018, 2,036 in 2019 and 1,072 in 2020. (PTI)