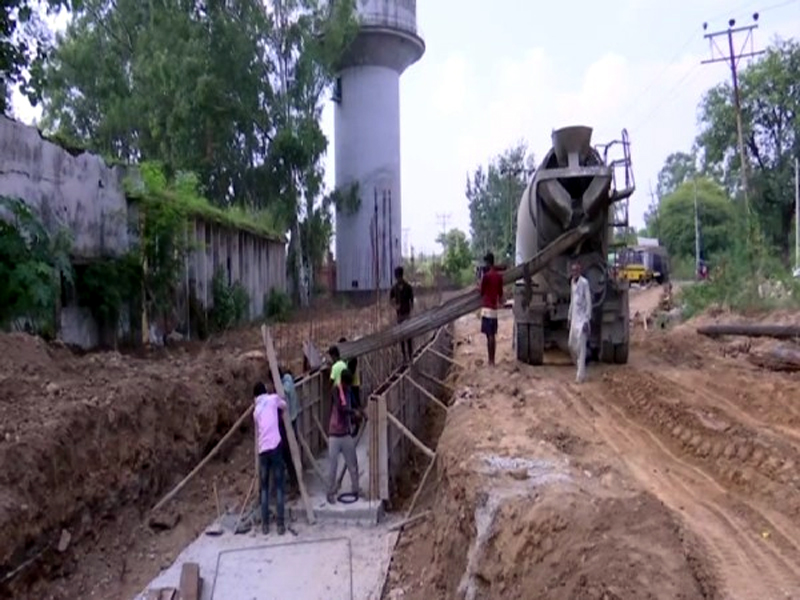 JAMMU, Aug 10: One portion of Jammu-Akhnoor road widening project will be completed in all respect by the end of the current month as ancillary works are being carried out by the executing agency at present. However, the completion of two other sections will take some time as tendering process is yet to be completed and clearance from the Ministry of Defence is required.
Official sources told EXCELSIOR that National Highway and Infrastructure Development Corporation Limited (NHIDCL), a company under the Ministry of Roads and Highways, has conveyed to the divisional administration that over 95% work has been completed on Package-II (Canal Head to Ganesh Vihar) and ancillary works like streetlights and signages are being installed at present.
“The company has further convened that most probably these works will be completed by the end of current month and this portion will be ready for plying of vehicles”, they further said, adding “the divisional administration has directed the NHIDCL to expedite the pending work as the progress of the project is being monitored regularly by the higher authorities in the Government”.
The Chief Engineer Jammu Power Distribution Corporation Limited (JPDCL) has been directed to expedite the power connection for street-light for which NHIDCL will formally apply and also submit the load required.
The company has further been directed to prepare the comprehensive plan in consultation with the Deputy Commissioner Jammu for drainage of catchment area along the complete stretch of the Jammu-Akhnoor road as a permanent solution for rainwater which is entering into the houses of general public causing grave inconvenience to them.
Further, the company has been asked to identify the parking space on the service road wherever feasible to settle the long pending demand of the shopkeepers along the Jammu-Akhnoor highway.
Keeping in view the difficulties being faced by the people, the NHIDCL and Jammu Municipal Corporation have been told to remove the dumped material/ debris from the take off point of the flyover on priority basis.
As far as Bhagwati Chowk to Canal Head stretch is concerned, the work has not been started as the tendering exercise is yet to be completed by NHIDCL. “The administration is ready to start the process for vacation of the buildings coming in the alignment of this section and is awaiting the completion of tendering process”, sources said.
The administration will first get the structures vacated and then dismantle the same after disbursement of due compensation to the owners of the structures, they further said, adding “it would be only after the completion of tendering process that the administration will fix deadline for the completion of work by NHIDCL”.
About the third section of the project from Ganesh Vihar to Khati Chowk, sources said that all the revenue related issues have been sorted out by the district administration after the NHIDCL authorities raised the issue with the Divisional Commissioner. Around 60% work on this package has been completed and the rest of the work is going on at a rapid pace.
As far as Package-III B is concerned, the NHIDCL authorities have intimated that in village Ambaran and Dasgal the process of notification is under progress. “The NHIDCL is required to take clearance from the Ministry of Defence as the land which is coming in the alignment of the project belongs to Army”, sources informed, adding “keeping in view this, no time-frame can be specified for completion of work on this section”.
It is pertinent to mention here that Lieutenant Governor Manoj Sinha has himself reviewed the progress on the project a number of times and issued explicit directions to NHIDCL for sticking to the timelines as the project is going to ease the life of thousands of citizens.