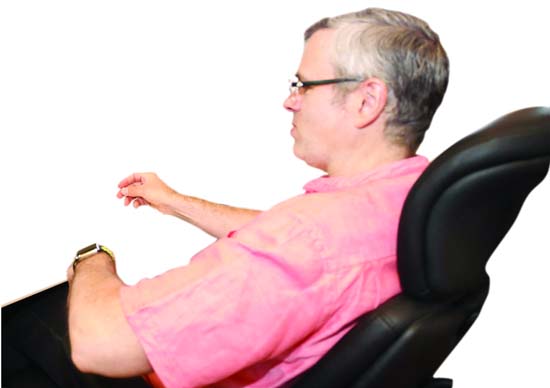 Fayaz Bukhari
Srinagar, June 20: National Conference vice president and former Chief Minister Omar Abdullah today sought dissolution of the Legislative Assembly to thwart attempts of horse-trading.
Speaking to reporters after the party’s Core Group in Srinagar, Omar said that horse trading would result in further erosion in the credibility of the democratic process and institutions in the State.
The NC leader said dialogue internally as well as externally was imperative and the political issue in Kashmir as well as the ensuing crisis could not be resolved through operational and military means.
Omar said there should be zero-tolerance for human rights violations and the fundamental rights of the people should be upheld at all costs.
The former Chief Minister said the foremost concern should be to provide relief to the people of the State through a reconciliatory rather than confrontational approach and to work towards creating a peaceful, positive atmosphere in the State.
Omar said Mehbooba Mufti’s Government would be remembered for its “ruthless, anti-people” legacy that fuelled alienation in the Valley through its “iron-fist approach” to deal with widespread disenchantment and disillusionment that was stoked by PDP’s glaring “ideological U-turns to remain in power.”
“PDP’s appr-oach to deal with recurring crises in the Valley was an approach of denial, persecution and insensitivity evidenced by her silence on glaring human-rights violations where youth were used as human shields and mowed down by vehicles in stark contrast to the hollow rhetoric of the former Chief Minister,” said Omar.
The NC  vice president reiterated the party’s stand that it would neither seek support nor offer support for Government formation in the State and reiterated that the Assembly should be dissolved .
Earlier, Omar chaired a meeting of the Party’s Core Group at Party Headquarters Nawa-e-Subha in Srinagar to discuss the prevailing situation and recent developments in the State.
The Core Group meeting was attended by National Conference general secretary Ali Mohammad Sagar, additional general secretary Dr. Sheikh Mustafa Kamal, chief spokesperson Aga Syed Ruhullah Mehdi, provincial presidents Nasir Aslam Wani and Devender Singh Rana, senior leaders Abdul Rahim Rather, Mubarak Gul, Mohammad Akbar Lone, Chaudhary Mohammad Ramzan, Ajay Sadhotra, S S Slathia, Sajjad Ahmed Kitchloo, Mushtaq Ahmed Bukhari, Mian Altaf Ahmed, Javed Ahmed Rana, Sakina Ittoo, Shameema Firdous and Shammi Oberoi.