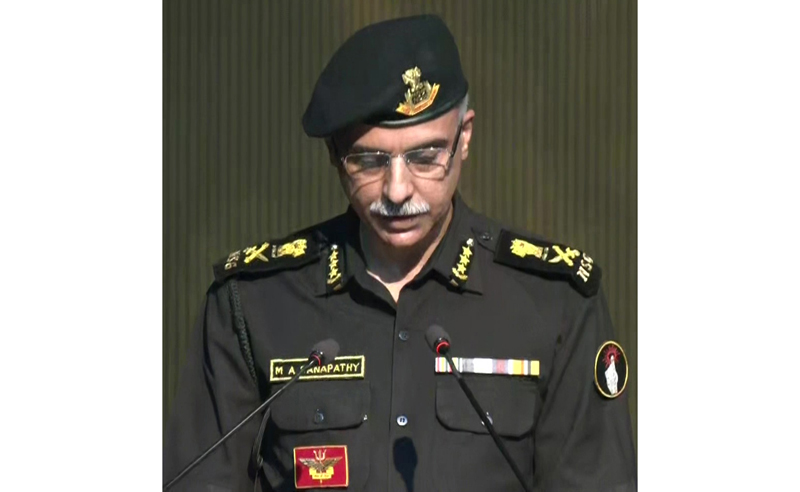 GURGAON, Oct 16: Counter-terrorism commando force National Security Guard has been deployed at the IAF stations in Srinagar and Jammu to provide anti-drone security cover to these vital installations, the force’s Director General M A Ganapathy said today.
The first-ever drone attack took place on June 27 at the Indian Air Force (IAF) station in Jammu where two Unmanned Aerial Vehicles (UAVs), which came from across the border, dropped bombs, injuring two airmen and damaging a portion of a building.
The two IAF facilities in the Union Territory of Jammu and Kashmir are located close to the Pakistan border and are categorised as “sensitive” installations.
The National Security Guard (NSG) chief said the federal counter-terrorist and counter-hijack commando force is enhancing its “counter-terrorism profile” and preparing itself to meet emerging security challenges.
He said the forces’ bomb disposal teams had neutralised improvised explosive devices (IEDs) and tiffin bombs, including those that were brought by drones from Pakistan and dropped in Indian territory.
The Director General (DG) was speaking during the 37th raising day celebrations of the force, also known as the ‘black cats’, at its garrison in Manesar here.
Ganapathy said the NSG “has been deployed” at the Srinagar and Jammu IAF stations to provide security cover to the facilities keeping in mind drone attacks and added that this system is working “successfully”.
A senior officer added that this deployment “will continue till a full-fledged and independent counter-drone system is deployed at these two bases”.
The NSG has an array of anti-drone equipment, radars, jammers and drone killer guns that essentially work for perimeter security, the officer said.
Soon after the drone attack on the Jammu IAF base, he said, an NSG ‘technical surveillance’ team was sent to the station and it deployed its equipment there.
Later talking to the media, DG Ganapathy said drone warfare is a “new challenge” and all the security forces need to upgrade their capabilities and technology against such attacks.
“Drones are an easy way to create mischief, to drop bombs and payload like weapons and ammunition,” he said.
All the security forces need to upgrade themselves vis-a-vis counter-drone technology and “I think we are capable to tackle this threat”, the NSG DG said.
Asked why was the specially trained force not being involved in counter-terrorist operations being carried out in the Kashmir valley, Ganapathy said the NSG has expertise in house intervention, hostage rescue and counter-hijack tasks and as and when they are requisitioned, the force will respond.
Officiating as the chief guest of the event, Minister of State for Home Nityanand Rai lauded the commando force for its operations and said Prime Minister Narendra Modi has brought an “independent security policy” for the country.
The Minister said security threats are continuously evolving including the threats of ‘lone wolf’ attacks and aerial strikes.
The NSG was raised as a federal counter-terrorist force in 1984 to undertake surgical commando operations to neutralise terrorist and hijack threats.
It is also a special squad that provides armed security cover to at least 13 high-risk VIPs at present.
The NSG has five hubs in the country, apart from its main garrison here, and in each of them, a team of commandos is stationed in readiness 24×7 to respond to any threat situation within a 30 minute mobilisation timeframe.
The five NSG hubs or bases are located in Gandhinagar, Mumbai, Kolkata, Hyderabad and Chennai and they were created post the 2008 Mumbai terror attacks. (PTI)