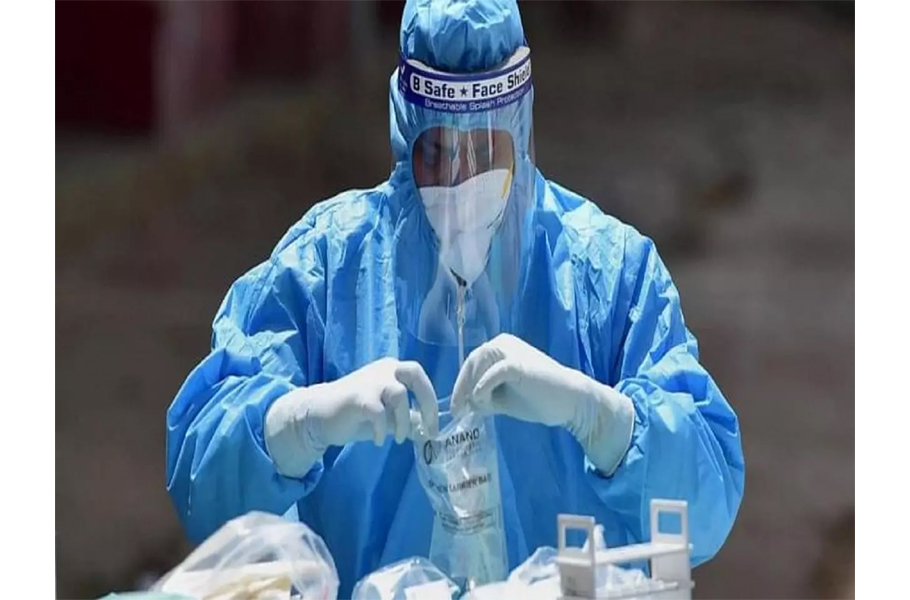 LONDON, Sept 14: Scientists in the UK have developed a plastic film that can kill the SARS-CoV-2 virus particles which land on its surface with just room light. The self-sterilising film developed by a team at Queen’s University Belfast, UK, is less costly to produce, can be readily scaled and used for disposable aprons, tablecloths, and curtains in hospitals. The film is coated with a thin layer of particles that absorb ultraviolet (UV) light and produce reactive oxygen species — ROS. These kill viruses, including SARS-CoV-2, the researchers said. The technology used to create the film also ensures it is degradable — unlike the current disposable plastic films — making it  environment-friendly, the researchers said. The research,  published in the Journal of Photochemistry and Photobiology B: Biology, could lead to a significant reduction in the transmission of viruses in healthcare environments but also in other settings that uses plastic films. The researchers tested the film for anti-viral activity using four different viruses — two strains of influenza A virus, a highly-stable picornavirus called EMCV and SARS-CoV-2. They exposed the film to either UVA radiation or with light from a cool white light fluorescent lamp. The researchers found that the film is effective at killing all of the viruses – even in a room lit with just white fluorescent tubes. SARS-CoV-2 was particularly prone to photocatalytic inactivation even under very low UV irradiation conditions, they said. “This film could replace many of the disposable plastic films used in the healthcare industry as it has the added value of being self-sterilising at no real extra cost,” said Professor Andrew Mills from Queen’s University Belfast. “Through rigorous testing we have found that it is effective at killing viruses with just room light – this is the first time that anything like this has been developed and we hope that it will be a huge benefit to society,” Mills said. The researchers noted that pathogenic viruses like SARS-CoV-2 and influenza will continue to be global problem for years to come. “In developing self-sterilising thin plastic films, we have created a low-cost technology that could have a significant impact on the transmission of such concerning viruses in a healthcare environment and other sectors where they are used,” Professor Andrew Mills added. (PTI)