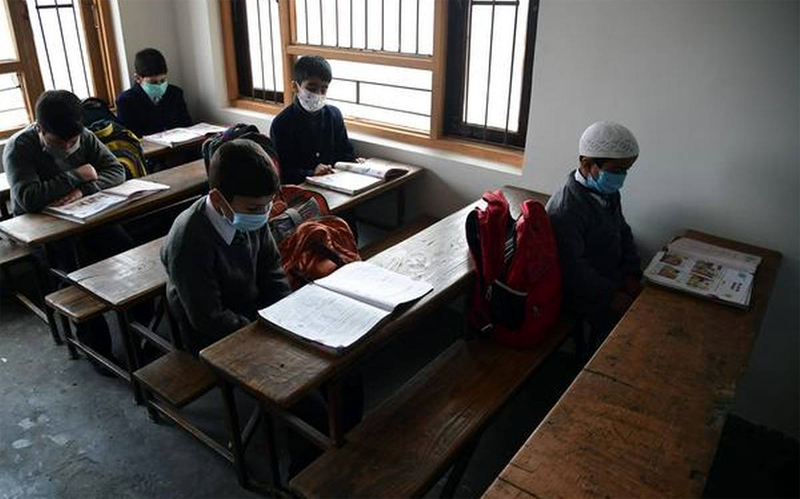 Suhail Bhat
SRINAGAR, Dec 19: The administration has failed to establish model schools in Jammu and Kashmir’s educationally backward areas, as mandated by the Central Government, in order to lower female rural literacy rates and close the gender gap.
The Ministry of Human Resource Development took the initiative to establish model schools with modern infrastructure in the erstwhile State’s educationally backward blocks (EBBs), despite the fact that the initiative was launched 12 years ago, not a single school has been established.
The EBBs were to be chosen based on lower female rural literacy rates than the national average and a larger gender literacy gap than the national average. However, the officials attitude has caused unnecessary delays in the project’s implementation.
A total of Rs 43 crores was allocated for the project, with the Central Government providing 90% of the financing in the form of grants and the State likely to contribute the remaining 10%. In J&K, over 100 model schools were selected as part of the program, with the purpose of adding additional classrooms, a science lab, a library, a computer lab, an art/craft/culture room, toilets, and drinking water facilities, among other things.
The officials lamented that the sad part of the story is that the concerned authorities are yet to submit the detailed project reports. “It has put the entire initiative in tatters. Nearly 3500 quality, good Schools were to be built under the scheme all over India, and most of the schools across the country have been made operational, but J&K is yet to complete even the DPRs”, an official said.
While concerned officials claimed that work on the DPR is proceeding and that the documents will be submitted shortly, the question of why the procedure has been delayed for over 12 years remains unanswered. “They can’t use the excuse of COVID and political uncertainty because they had over 10 years to work on it before the events that delayed other projects”, another official said.
He said that the unnecessarily long delay in the project’s completion will have an impact on the project’s overall funding: “What might have been completed in 2008-09 with a budget of Rs 34 crores is not achievable today. Someone should be held accountable for this failure in order to avoid future delays”, an official said, adding that if the funds have not run out yet, the administration should ensure that DPRs are finished as soon as possible.
Biswajit Kumar Singh, Secretary of the School Education Department and Naseer Ahmad, Additional Secretary, did not respond to several calls and texts from this reporter.