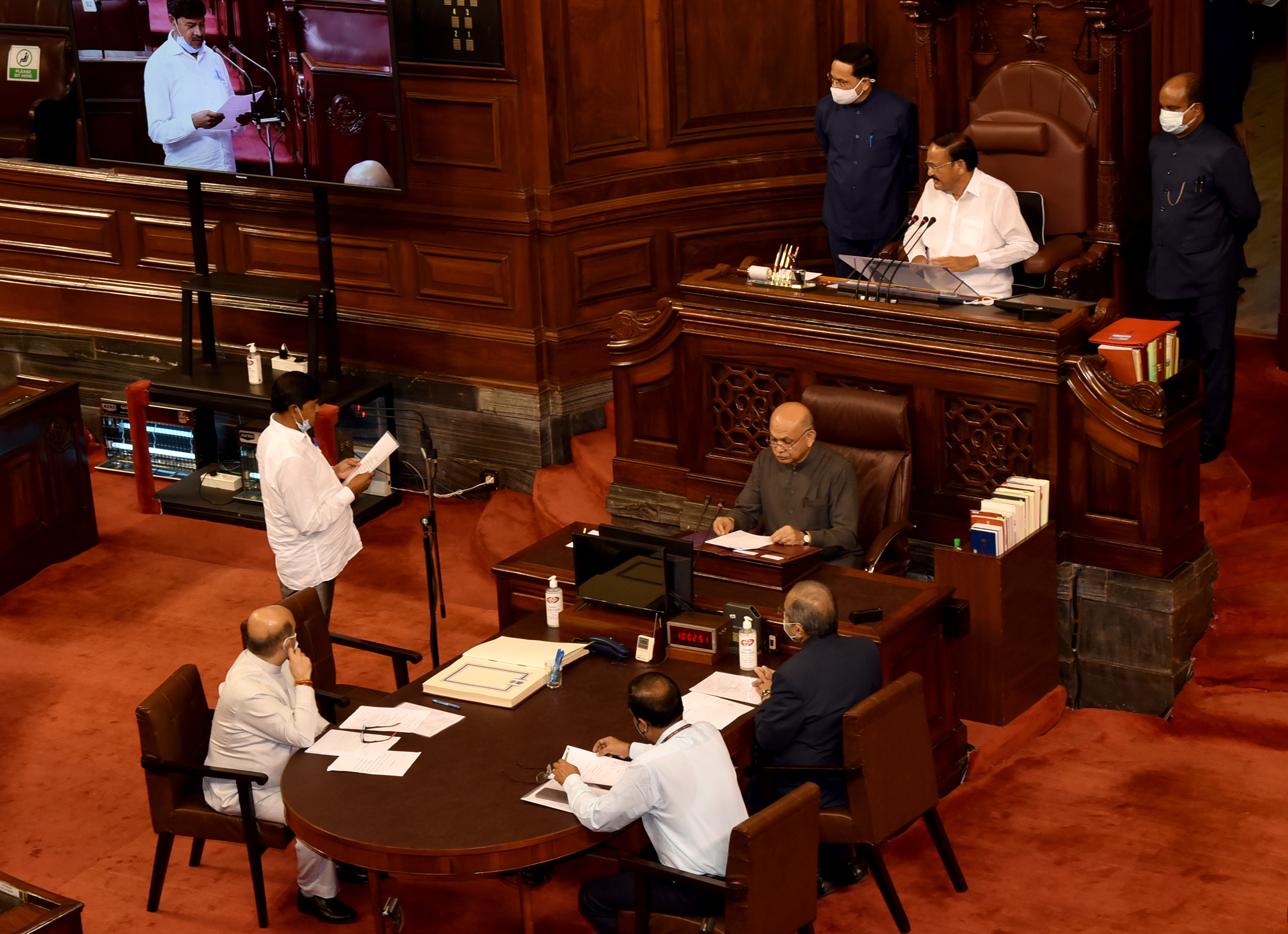 NEW DELHI, June 24: Rajya Sabha Chairman M Venkaiah Naidu on Friday administered oath to five newly-elected MPs from Andhra Pradesh, Telangana and Odisha.
The oath was administered in the Rajya Sabha chamber in Parliament House here.
Those who took oath are Niranjan Reddy Sirgapoor and Ryaga Krishnaiah (both of YSRCP) from Andhra Pradesh, Damodar Rao Divakonda and B Parthasaradhi Reddy (both of TRS) from Telangana and Niranjan Bishi (of BJD) from Odisha.
The MPs were elected unopposed from the respective states earlier. (AGENCIES)