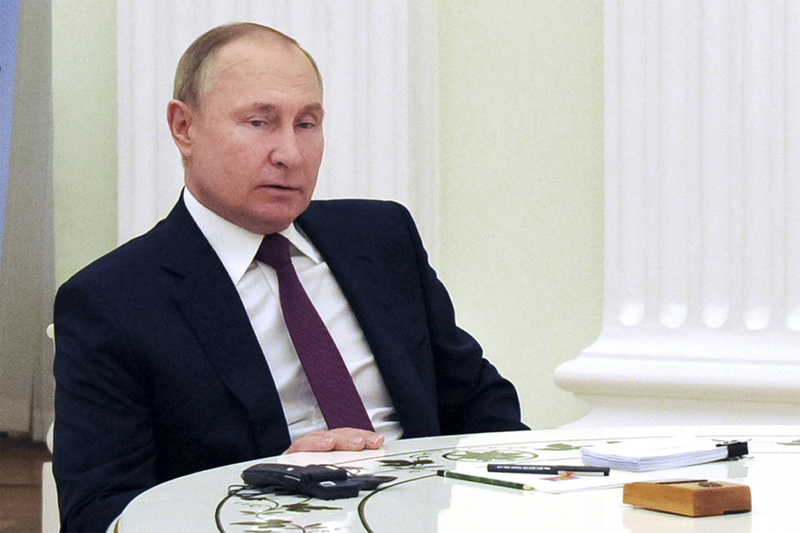 MOSCOW, Feb 15:
Russian President Vladimir Putin said today that Moscow is ready for talks with the U.S. and NATO on limits for missile deployments and military transparency.
Speaking after talks with German Chancellor Olaf Scholz, Putin said the U.S and NATO rejected Moscow’s demand to keep Ukraine and other ex-Soviet nations out of NATO, halt weapons deployments near Russian borders and roll back alliance forces from Eastern Europe.
They agreed to discuss a range of security measures that Russia had previously proposed.
Putin said that Russia is ready to engage in talks on limits on the deployment of intermediate range missiles in Europe, transparency of drills and other confidence-building measures but emphasized the need for the West to heed Russia’s main demands.
The statement followed the Russian Defence Ministry’s announced a partial pullback of troops after military drills, adding to hopes that the Kremlin may not be planning to invade Ukraine imminently. The Russian military gave no details on where the troops were pulling back from, or how many.
Russia has denied any plans to invade Ukraine. (Agencies)