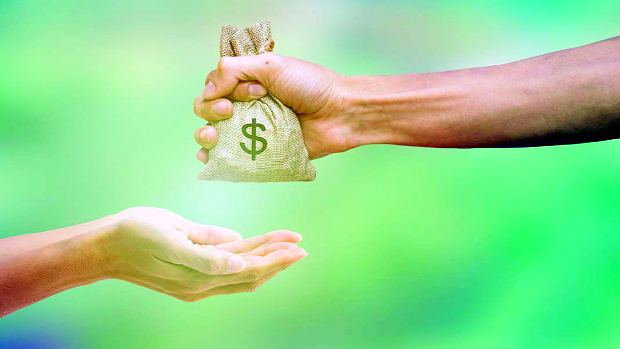 Rajan Sachdev
Do we believe that success in life is achieved by making more and more money? Should success be measured by the amount of riches we possess? Let us accept that by and large we are a money centric society. Money has become a yardstick to measure success in today’s world whether we accept it or not.
Don’t we look to possess expensive cars, clothing and other belongings? Don’t we flaunt expensive possessions to the society? We make all out effort to display our buying power to the society. Parents go gaga over a hefty pay package of their son or daughter. All this is leading to the system dominated by money power.
If money is so important for us then we should plan for such an activity. Before this, let us have some of the existing facts on the table, like how is money being made in today’s world and what would be the shortest and fastest way of getting rich.
When we analyze the process of making huge gains that would translate into more money, we realize that quick profits are made by misinforming/ forcing (or disguising) people to pay high price for goods or services that are coming at a very cheaper price to the owner.
What does the owner do in the process – money is being made on explicit and unscrupulous cheating and deceit. In other words large gains happen when people are kept ignorant, confused and misinformed by a select few in the society. We can rephrase this as a ‘system of taking advantage of others”. It will be interesting for us to know the consequences of such a system. We would all be more than curious to know as to where are we heading to, with such an approach.
By observing the result of such an approach existing for some time now, we realize that people have been entangled in this system to the point of no return. And the end result is that rich is becoming richer and poor is becoming poorer. In a race to making more money some individuals have ‘won’ – they have become the richest. These individuals effectively control the entire system in our society simply because people are conditioned to do almost everything for money. Majority of us including government and even the scientific community of this world have effectively become puppet of money.
It will be interesting to know who these richest individuals are. These individuals are gaining more & more power, the longer such a system flourishes and don’t forget these are the proven masters of deceit and cheating, that was the prerequisite to become rich. They do not hesitate to an extent of creating conflicts & wars just for their own material benefits.
Such a measure of success creates a mechanism that worst people come on top and start leading others. This is one of the most serious dangers to our society that can even cripple individual evolution. And are we game for such consequences and if not then what should be the corrective and preventive measures?
What would happen to the individual human feelings in such a scenario? Would you like to examine yours? Doesn’t this system induce systematic suppression of individual autonomy crippling the evolution of intellect?
So where do we go from here. Well! Such situation has become a fascinating lesson for individuals who have been gifted with Intellect and have eyes and ears; and they do see & hear for making the right choice in life …
As we get deep into self analysis for such an attitude we would be dazed to know that we, as an individual, are looking for other equally important ingredients in our life like Health (especially who are suffering), Intelligence (we do want to create a good impression when we communicate in the society and we need wisdom to do that) and Peace (this could be a demand of a privileged few who already have health, wealth & intelligence).
This means that the way we make money becomes more important if we are looking to have collective benefits of health, wealth, intelligence and peace. In an effort to acquire money we should value (and rather never neglect) the mode through which we are getting rich. We should not bite into someone’s share or swindle money through unfair means. In other words money needs to be made through honest means for individual growth and lasting peace in the society.