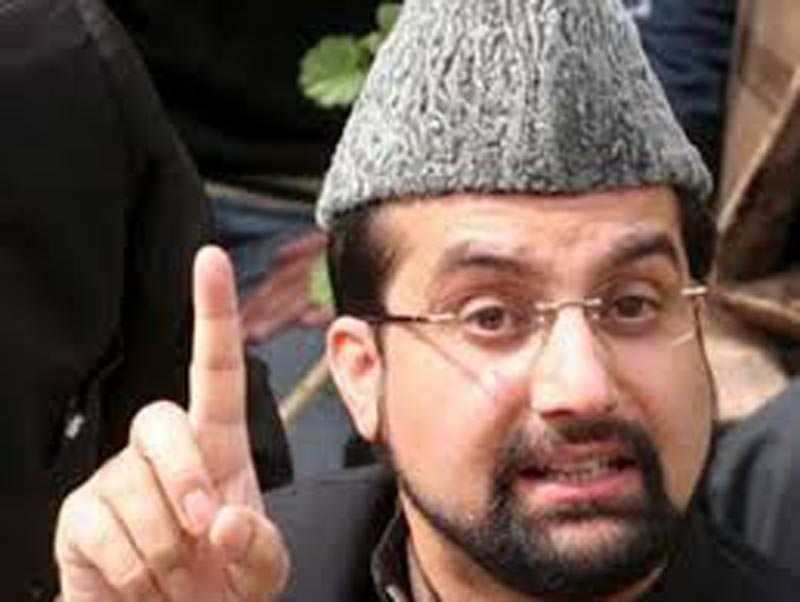 SRINAGAR, Sept 20:  Moderate Hurriyat leader Mirwaiz Umar Farooq was among seven individuals, detained following the abrogation of special status given to Jammu and Kashmir under Article 370, who have signed bonds to secure their release, official sources said today.
However, People’s Conference chairman Sajad Lone, PDP youth wing leader Waheed Para and former bureaucrat-turned-politician Shah Faesal have refused to sign the bonds.
Apart from Mirwaiz Umar Farooq, two leaders of the National Conference (NC), one each from the People’s Democratic Party and People’s Conference, and two others, whose political affiliations were not immediately revealed, signed the bonds, the sources said.
They are among 36 detainees who have been kept at the Centaur Hotel here after their detention.
The detainees, mostly politicians, were offered to be released by the Jammu and Kashmir administration on the condition that they sign the bond, which bars them from indulging in any political activity after their release, the sources said.
Meanwhile, Former PDP leader Imran Ansari, PDP leader Khursheed Alam and Syed Akhoon of the National Conference, detained after the abrogation of special status of Jammu and Kashmir under Article 370 on August 5, were released today, officials said.
The political leaders were kept at the Centaur Hotel, along with other political detainees from the State, they said.
Akhoon was released on health grounds while Alam was “temporarily released” in view of his brother’s death recently, they said.
Ansari, who was among the first PDP leaders who rebelled against party chief Mehbooba Mufti after her government lost power, left for New Delhi today for medical treatment, they said.
He was shifted from Centaur Hotel to his house, before Muharram, where his detention continued.
The administration released Ansari today and he left for New Delhi for medical treatment.
He was elected from the Pattan assembly constituency in the 2014 polls. (PTI)